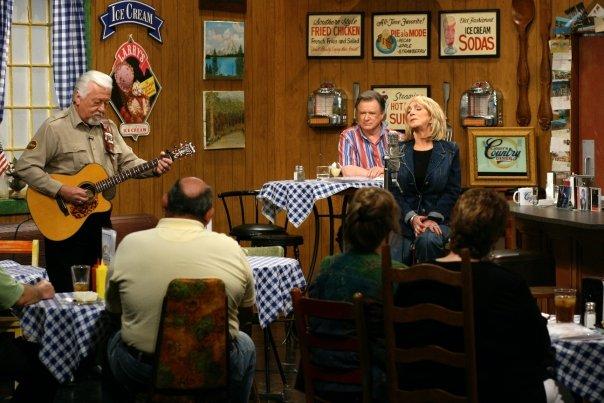 Saying Yes to Something Special

Life on the road usually holds some surprises and unexpected events, no matter how much you plan, according to Grammy winner and Grand Ole Opry member Jeannie Seely, who has maintained her reputation as “Miss Country Soul” across six decades.

Seely’s career is as diverse as it is durable. She’s scored a No. 1 hit song as a solo artist, and as a duet partner and as a songwriter, she’s had even more accomplishments.

As a singer, she has recorded more than a dozen albums of her own, and her vocals can be heard on more than 75 additional compilation albums and CDs. For 13 consecutive years Seely placed records on the Billboard country singles chart. She won the 1966 Grammy Award for the “Best Country Vocal Performance by a Female” for the enduring country favorite, “Don’t Touch Me.”

Songs written by Seely have been recorded by numerous Country Music Hall of Fame members and award-winning artists, earning her accolades and awards for her songwriting.

As an actress, she’s appeared in the movies “Changing Hearts” and “Honeysuckle Rose.” She’s also starred in major stage productions, “Always…Patsy Cline,” “The Best Little Whorehouse in Texas,” “Could It Be Love,” “Takin’ It Home” and “Everybody Loves Opal.”

Seely’s stage, television and radio appearances are too numerous to mention. Notable, however, is that she served as a radio disc jockey on her own Armed Forces Network Show.  She can be spotted in videos with Confederate Railroad and Brad Paisley. She’s even published her own successful book of witticisms titled “Pieces of a Puzzled Mind.”

No stranger to the road, she has performed throughout the world. She traveled on military tours throughout Europe and Asia. She‘s also been part of a successful overseas tour with the “Grand Ladies of the Grand Ole Opry.” She and her former duet partner, Jack Greene, toured together for more than a decade, performing everywhere from New York’s Madison Square Garden to London’s Wembley Arena.

However, one call while she was performing at Dollywood stands out.

“Many years ago, I was scheduled to appear at Dollywood in a wonderful production with a very talented and energetic cast of young performers,” Seely recalled. “It featured an Opry Star segment, and I was the featured Opry artist for a two-week run.”

One day she received a call from a friend who asked her to become part of what she thought was a “preposterous” idea for a television show.

“I told him I simply couldn’t do it right now, but maybe later if he did some more I would be happy to,” she said. “He said ‘No, I really need you for this one.’”

Seely, quite reasonably, told her friend that she could not work all day, drive home to Nashville at night, tape a television show all day, drive back to Pigeon Forge and work the next morning.

“We were performing three to four shows daily, and while it was really fun, it was also an exhausting schedule, so my plan was to just make sure I got plenty of rest during my off hours so I could keep up,” she said.

She tried another excuse, telling him that she was not feeling well, to which he replied, “This will make you feel better.”

Not accepting “no” for an answer, her friend proposed that he send a car to Pigeon Forge that would drive her to Nashville and back so she could rest along the way. She gave in.

“How could I say ‘no’?” she asked, admitting, “Obviously his idea wasn’t so preposterous after all. The show was called “Country Family Reunion,” and we’re still doing them.”

Seely said there is a moral to her story.

“If Larry Black calls you with an idea, go for it!” she said. “Now, he might tell you a different version of this story, but believe mine!”