Only in America Red White and Blue Dreams 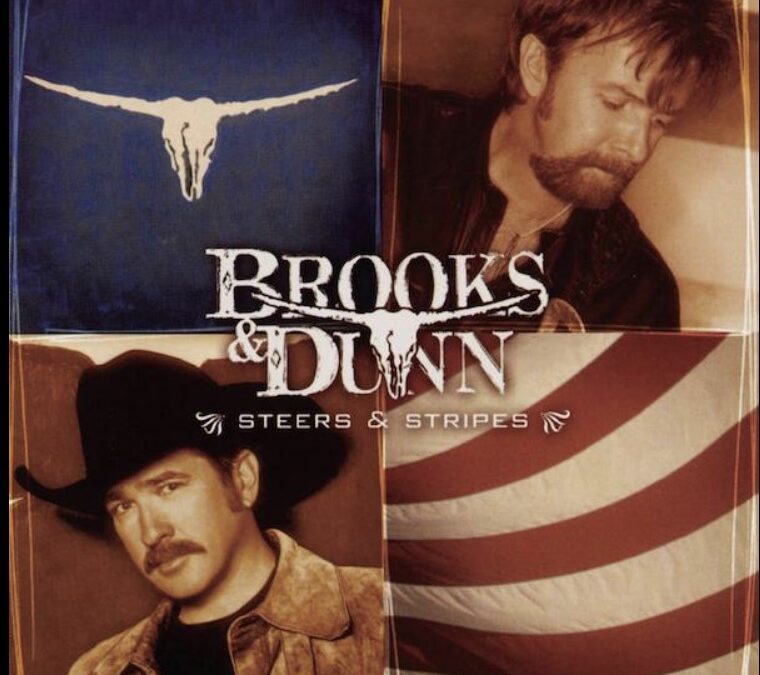 Country Music has produced many patriotic songs throughout its long history, and one of the most enduring is “Only in America” released in June 2001 by award-winning duo of Kix Brooks and Ronnie Dunn.
The lyrics were penned by Brooks in collaboration with songwriters Don Cook and Ronnie Rogers. Brooks said the song was inspired by a day spent four-wheeling in the woods with Cook and Rogers when they started thinking about how fortunate they were to have been born in America. Those sentiments turned into a captivating refrain about “dreaming in red, white and blue” where everyone can dream “as big as we want to.”

The verses offer two vignettes from American life – one on each coast.
On the west coast newlyweds travel the Los Angeles freeway in the back of a limousine. They are from different socio-economic classes, but they both have gone west pursuing their dreams. He’s a welder’s son who was a singer in a band. She’s a banker’s daughter hoping to become an actress, and “all they want is everything.
“They just might go back to Oklahoma,” the lyrics state, capturing the uncertainty of dreams, “and talk about the stars they could have been.”

The other vignette describes a school bus driver stuck in a traffic jam as the sun comes up over New York City. In the rearview mirror she sees faces that represent “the promise of the Promised Land.” One child dreams of fame and fortune, while another helps pay the rent.

“One could end up going to prison, and one just might be president,” the lyrics observe.

Though the No. 1 hit song from the album “Steers and Stripes” was written and recorded months before the Sept. 11, 2001, Brooks said that it was lumped in with the other patriotic songs that were released after the 9/11 terrorist attacks in New York City and Washington, D.C.

“Our country woke up to a morning that we had never seen before, and our true patriotic heart started pounding,” Brooks recently told AmericanSongwriter.com. “And that song all of a sudden took on a life of its own.”

Even before 9/11 reviewers noted the power of the song. Rolling Stone writer Andrew Dansby called the song an “advertisement waiting to happen” on April 24, 2001. Chris Neal of Country Weekly called the song a “flag-waving opener” with a “rock-solid riff.” Almost two decades after its release, it remains a favorite theme song option.

In 2008 Brooks released an official statement about the political use of the song.

“Seems ironic that the same song Bush used at the Republican Convention last election would be used by Obama and the Democrats now,” Brooks said. “Very flattering to know our song crossed parties and potentially inspires all Americans.”

Brooks and Dunn’s video for “Only in America,” which was filmed three months before the 9/11 opens with a view of the twin towers. Other featured cities include Washington, D.C. and Los Angeles. The diversity of America is illustrated with scenes of fairs, festivals, small shops, open-air markets, factories, farms, cemeteries, construction sites, concerts and parks. The video features people of many ethnic groups and different ages.

The refrain encapsulates what it means to be an American in the line “we all get a chance, everybody gets to dance only in America.