Alan Jackson – From Grammys to Songwriter 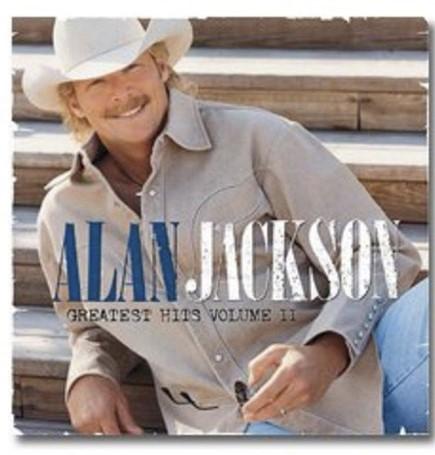 Like many Country stars, Alan Jackson grew up singing Gospel music at home and at church. A singer and songwriter, Jackson began performing while still a teenager in Newnan, Georgia, and married his high-school sweetheart, Denise.

So, it seemed Jackson was accomplishing most things a small-town boy would hope. However, that humble start was just the beginning of what is becoming a legendary career thanks to Denise, who as an airline stewardess seized the opportunity to slip a copy of her husband’s demo take to musical icon Glen Campbell.

Jackson worked odd jobs and concentrated on his songwriting, and soon he was playing in Nashville clubs and working with record producer Keith Stegall. When Arista Records launched its new Country division, Jackson was the first artist signed to the label.

Jackson penned his first top 40 hit, “Here in the Real World,” the debut title track for his 1990 album, which reached No. 3 on Billboard’s Hot Country Singles and Tracks Chart in the United States and reached No. 1 on Canadian Country music charts.

Jackson was joined by Charlie Craig in penning hit single, “Wanted,” that Jackson was inspired to write after spotting an old wanted poster of Western movie star, John Wayne. The song reached No. 3 on Country charts in the United States and Canada.

Jackson’s days playing the Honkytonk circuit in Nashville, Tennessee, influenced Jackson and Jim McBride to write “Chasin’ That Neon Rainbow.” The song peaked at No. 2 on American Billboard Hot Country Singles and Tracks chart and reached No. 5 on the Canadian RPM Country Track chart. The 1991 album, “Don’t Rock the Jukebox,” produced several hits written by Jackson, including the title track and memorable tunes like “Someday,” “Dallas” and “Midnight in Montgomery, a song that recalled Jackson’s visit to Hank Williams’ grave.

Jackson’s third album, “A Lot About Livin’ (and A Little ‘Bout Love),” introduced the hit “She’s Got the Rhythm (And I Got the Blues).” The song was written by Jackson and Randy Travis. Jackson co-wrote a number of songs on Travis’s 1992 album, “High Lonesome.”

An American favorite, “Chattahoochee,” written by McBride and Jackson, received the CMA award for song of the year and single of the year in 1994.

Jackson wrote and co-wrote hits, “Livin’ on Love” and “I Don’t Even Know Your Last Name,” for his fourth studio album, “Who I Am.” He wrote Clay Walker’s No. 1 hit, “If I Could Make a Living.” Jackson shared his realistic view on love in the 1996 song, “I’ll Try.” The song was one of two newly recorded songs for his album, “The Greatest Hits Collection.”

The ballad “When Somebody Loves You” put Jackson back in the spotlight and reached No. 5 on the Hot Country Songs chart. In July 2001 Jackson released “Where I Come From,” his eighteenth No. 1 hit.  Jackson wrote his honorary anthem, “Where Were You (When The World Stop Turning)” in response to the Sept. 11, 2001, terrorist attacks, debuting the song at the Country Music Association awards show a few months later on Nov. 7. It spent five weeks at No. 1 on Country music charts.

“Drive (For Daddy Gene),” he wrote as a tribute to his late father. It topped U.S. Billboard Hot Country Singles and Tracks Chart in the summer of 2002. Jackson wrote the chart-topper, “A Woman’s Love,” for his 2006 album, “Like Red on a Rose.” He continued to write hits, including, “Small Town Southern Man,” “Country Boy,” “Good Time,” “Sissy’s Song” and “ I Still Like Bologna” for his 2008 album, “Good Time,” which fans dubbed a solid demonstration of Jackson’s style.

In 2012 Jackson received the Grammy nomination for Best Country Song for his single, “So You Don’t Have to Love Me Anymore.” Jackson has also written songs, such as “Long Way to Go” and “You Go Your Way.” He co-wrote the self-titled opening credit song for the film “A Million Ways to Die” in 2014.

Jackson writes about the struggle with addiction and its effects on the family in the title track for his 2015 album, “Angels and Alcohol.” His song “You Can Always Come Home” is dedicated to his three daughters, Mattie Denise, Alexandra Jane and Dani Grace.

In 2016 Jackson continued to travel and perform for his “Still Keepin’ It Country Tour.” Perhaps best known as a performer, the Grand Ole Opry member has received more than 150 industry awards, including two Grammys. His induction into the Nashville Songwriters Hall of Fame recognizes his contribution to songwriting.

“If I had to pick something, I’d rather them remember me for songwriting,” he said of his legacy. “I’ve always been proud of that, and I feel that’s the most important part of the business. I’d like to think that my songwriting made a difference. I’ve had so many people tell me that my songs are the reason they moved to Nashville…it makes me feel good that I’ve inspired somebody.”

Throughout the history of Country Music, thousands of songs have been written and performed. Many of those songs were written by famous performers. Some were written for a star’s own records, while others were created to be sung by another artist. This story is part of the Singer-Songwriter Series which explores some of those talented individuals whose work we know and love that have been published in our magazines.