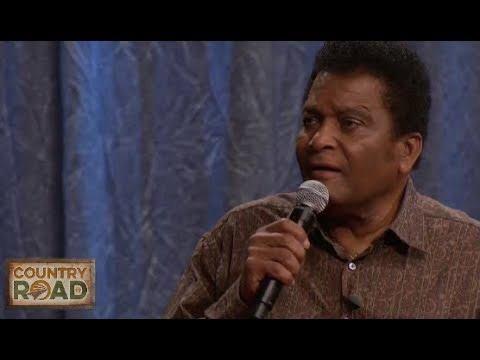 Black artists have been engaged with country music since the beginning and the black churches have been a birthplace of many of country’s sounds. It is fitting to take a look at how country music has included black artists and the legacy they have left on the country sound.

Bailey was soon invited to perform on WSM Barn Dance, later renamed “The Grand Ole Opry,” where on Dec. 10, 1927, he premiered his trademark number, “Pan American Blues.” Billed as The Harmonica Wizard, Bailey began making regular radio appearances. An expansion of station wattage gave Bailey an advantage because more people were able to hear him play. In 1928 he recorded eight tracks in Nashville, which were released by RCA, Bluebird, Victor, RCA other record companies. His greatest recording is considered to be “John Henry,” released separately in both RCA’s “race” and “hillbilly” series.

Bailey became one of the greatest performers on the Grand Ole Opry to which he was an inducted member, playing there from 1927-1941. He toured with many famous country artists during his time on the Opry, often encountering problems caused by Jim Crowe laws that prevented Blacks from eating in restaurants and sleeping in motels frequented by whites. Bailey was fired by WSM in 1941 because of a licensing conflict with BMI–ASCAP, which prevented him from playing his best-known tunes on radio, ending his performance career. He spent the rest of his life shining shoes and renting out rooms in his home to make a living. He died in 1982 and was posthumously inducted into the Country Music Hall of Fame in 2005.

Charles Frank Pride was born in 1938 in Sledge, Mississippi, and like others children of his time, was entertained by the music of radio. Being the son of sharecroppers, Pride wanted more for his family. Although he had a love for music, purchasing his first guitar at age 14, by age 16 he was a professional baseball player in the Negro American League as a pitcher for the Memphis Red Sox. He professionally played baseball until going to the Army. Upon his return, an injured arm affected his career in baseball as a pitcher. When he moved to Montana in 1960 for construction work, he was recruited to play semi- pro baseball for the East Helena Smelterites. The manager of the team aided Pride in getting a job at the local Asarco lead smelter, which offered 18 positions reserved for the players. He soon began singing at the opening of baseball games for an extra $10 and did area gigs with a band called the “Night Hawks.”

Chet Atkins heard a demo tape of Pride’s, and in 1966 he released “The Snakes Crawl at Night,” which was not successful. However, despite having to overcome the lingering racism issues of the 1960s, his third single, “Just Between You and Me,” reached No. 9 on the charts. Pride had eight hits – among them “All I Have to Offer You (Is Me),” “(I’m So) Afraid of Losing You Again” and “I Can’t Believe That You’ve Stopped Loving Me” – that concurrently reached No. 1 on the U.S. Country Hit Parade and Billboard Charts.

Hootie and The Blowfish lead singer, guitarist and songwriter, Darius Rucker, a Charleston, S.C., native, made the successful switch from his Grammy-Award winning rock band to the Country Music world in 2008. He released his first country music album called, “Learn to Live.” He reached No. 1 on the Hot Country Song Charts with his single from the album, “Don’t Think I Don’t Think About It” and No. 51 on the Billboard Country Music Charts. The artists had two more consecutive hit No. 1 Country singles, “It Won’t Be Long” and “Alright,” making him the first African American to reach the charts since Charley Pride in 1983. Rucker is respected for his amazing radio personality and his humble, friendly demeanor. The artist made his first appearance on The Grand Ole Opry in July of 2008 and has since become the third Black Country Music artist inducted as a member in the Opry’s 90-year history.  Rucker’s rendition of “Wagon Wheel” from his third album and “True Believers” was No. 1 on the Country airplay charts in May 2013. Members of the cast of Duck Dynasty made cameo performances in the “Wagon Wheel” video. Rucker continues to be a favorite among fans. He released his first holiday album in 2014, “Home for the Holidays,” and his fourth Country album entitled “Southern Style” was released in 2015.