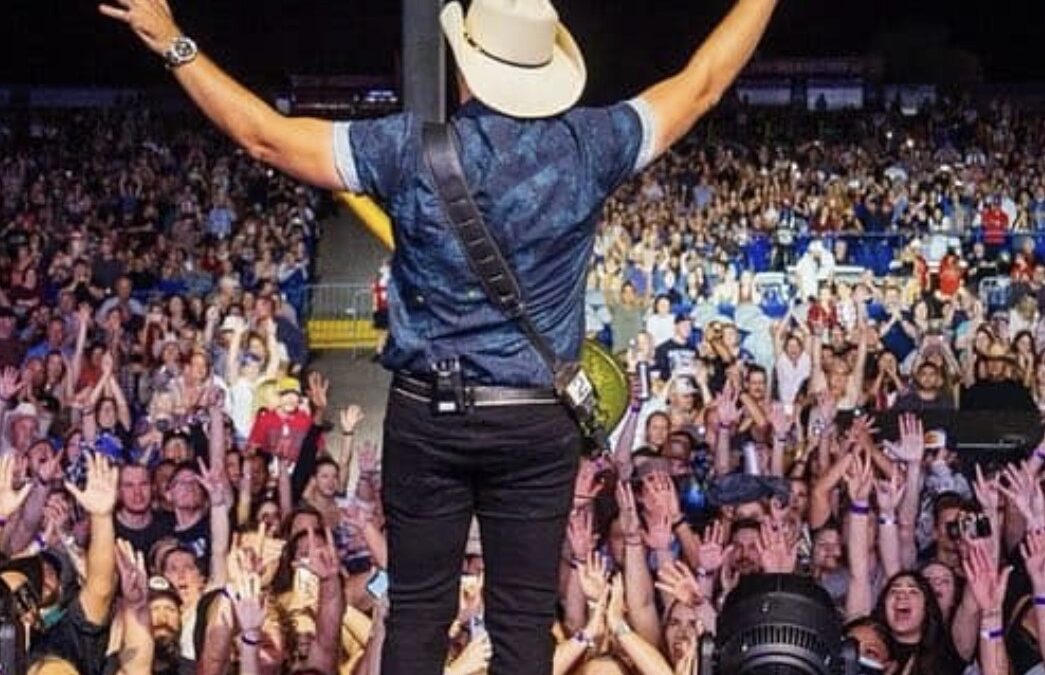 Brad Paisley believes that singer–songwriters must push themselves to the limit when it comes to writing songs. In a 2014 Taste of Country interview the singer suggested, “I’m just saying that we as writers can do better.” Growing tired of repetition the star insisted, “There are phrases that are totally cliché that we as songwriters owe it to ourselves to not use again.”

During his career, the Glen Dale, West Virginia native, has written countless songs for himself and other singers, and many of them his fans know by heart.

Though he earned a Bachelor of Business Administration degree from Belmont University, he still found time to pursue his passion for songwriting and singing. In his early career, Paisley opened for Ricky Skaggs, George Jones and The Judds.

His debut single, “Who Needs Pictures,” earned him an invitation to the Grand Ole Opry stage in 1999. He co-wrote his number one hit, “He Didn’t Have To Be,” with Kelley Lovelace, who discussed her collaboration experience with Paisley in a 2015 interview with “Song-Writer Universe.”

“Brad and I…we’ve been friends since 1994,” she said. “We got to be buddies before we started working together. We have very alike personalities. Whenever he’s in the studio, whenever he’s writing and recording, I’m pretty much doing that. I’m trying to come up with ideas, feed him ideas and feed him songs and be as much a part of that process as possible. It’s a huge blessing to have that kind of relationship with any artist, much less one as successful as Brad has been over the years. That’s my first priority when he’s recording.”

Further songwriting in 2000 resulted in Top 20 hit “Me Neither” and Paisley’s second No. 1 single, “We Danced.” In 2001 Paisley reached all-star status when his album went platinum and the Country Music Association handed him the Horizon Award. The same year at age 28 he became the youngest member ever to be inducted into the Grand Ole Opry. He was also given the Best New Male Vocalist Trophy from the Academy of Country Music.

Paisley co-wrote several songs with Chely Wright. One of the songs, “Hard To Be A Husband, Hard To Be A Wife,” was written for a PBS special that was nominated for the Country Music Association’s Vocal Event of the Year award. Paisley continued to co-write, sing and play guitar on Wright’s 2001 album, “Never Love You Enough.”

In 2002 Paisley won CMA’s Video of the Year for, “I’m Gonna Miss Her (The Fishin’ Song).” His part two album remained on charts for 70 weeks and produced his co-written Top 10 hits, “Two People Fell In Love,” “Wrapped Around” and “I Wish You’d Stay.” Paisley’s two-time platinum 2003 album, “Mud on The Tires” produced “Whiskey Lullaby,” “Celebrity,” “Mud on The Tires” and “Little Moments.” All three singles made the top three on country charts.

Paisley continued his songwriting and recording success with his fifth album, “5th Gear.” The album produced another four No. 1 singles, including “Ticks,” “Letter To Me,” “I’m Still a Guy” and “Online.”

On Feb. 10, 2008, Paisley won the Grammy for the Best Country Instrumental for his song, “Throttleneck.” Paisley wrote “Then” in 2009 for his album, “American Saturday Night.” He performed the song on American Idol the same year. Paisley also performed for President and Mrs. Barack Obama at the White House in 2009. His song, “Old Alabama,” is from Paisley’s tenth album, “This Is Country Music.” The number one hit is about a man spending Saturday night with the woman of his dreams.

Paisley co-wrote 2011’s “Remind Me” with Kelley Lovelace and Chris DuBois. The song became a hit duet with Country music sweetheart, Carrie Underwood. Paisley joined forces again with Kelley Lovelace and Chris DuBois while writing the 2012-2013 hit singles, “Southern Comfort,” “Beat This Summer,” “I Can’t Change The World” and “Mona Lisa.” The star teamed up with Hip-Hop artist, LL Cool J in 2013. Together they wrote “Accidental Racist.” The song discusses Southern Pride in a whole new light and discourages racism.

In 2016 Paisley featured pop sensation Demi Lavoto in “Without a Fight.” His latest hit, “Today,” had 41,000 downloads the week it was released and has sold more than 90,000 copies. Paisley provided original songs for the animated motion picture, “Cars” and “Cars 2.”