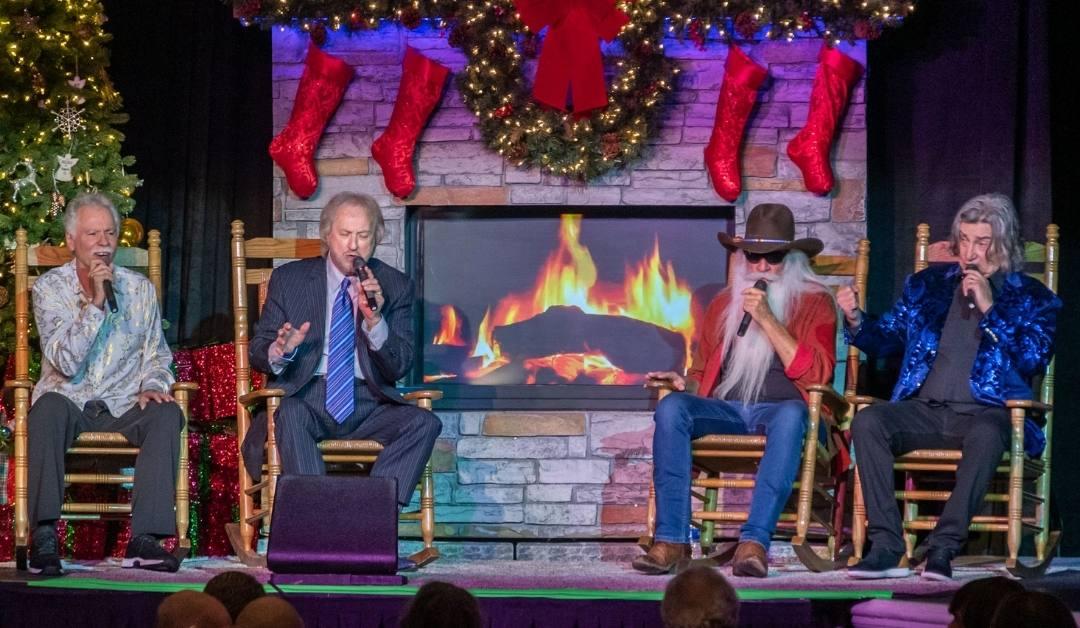 Many musical genres claim “Blue Christmas” as their own, but the holiday classic was first catapulted to No. 1 by Ernest Tubb during the 1949 Christmas season, solidifying its place as a Country Christmas song.

Despite Tubb’s success with the song, it is impossible to think about “Blue Christmas” without hearing those passionate and sad lyrics delivered in the velvet voice of a young Elvis Presley, who was only 22 when he recorded it for his 1957 Christmas album.

“I’ll have a blue Christmas without you,” the lyrics say, adding, “I’ll be so blue thinking about you,” followed by the colorful word play that within one sentence takes the gleeful greens and reds of the holidays and forever turns them blue.

“Decorations of red on a green Christmas tree won’t be the same, dear, if you’re not here with me.”

And that is the crux of the matter. For whatever reason, the singer will not be with the object of his or her affection on Christmas. The song has been called one of unrequited love, but there’s evidence it is love known and lost that is being lamented. A verse included on Tubb’s original recording but omitted by Presley hints at the loss of a far deeper relationship than the abbreviated song suggests.

“When you say your prayers on this Christmas Eve, will you feel the same dear as when you prayed with me?” the singer asks.

A Christmas classic of another hue, “White Christmas,” became a colossal hit for Bing Crosby in the early 1940s, some half a dozen years before “Blue Christmas” was written. “White Christmas” recalls magical Christmas memories of glistening snow, joyful children and sleigh bells, while it wishes listeners equally “merry and bright” holiday experiences. In contrast, with acknowledgement that love is perhaps lost forever, everything in “Blue Christmas” is tinted blue, capturing the depth of sadness the singer is feeling and striking a melancholy chord with anyone whose sense of loss is augmented during the holidays.

Presley’s album version was released as a new single in 1964 and became a hit on the British singles chart. At the same time, The Beach Boys recorded a version featuring Brian Wilson on vocals. It reached No. 3 on the U.S. Christmas charts.

In 1974 the song was featured in a children’s holiday special called “The Year Without a Santa Claus.” The Dean Martin version can be heard in the background as Jim Carrey dresses for a Christmas party in the 2007 movie, “The Number 23,” and is also featured in the 2015 film “Wild Card.” The Presley version was used by Verizon Wireless for a 2009 holiday commercial. Hit TV show “Glee” showcased the song in its 2011 Christmas episode and included it in the cast’s Christmas album.

Written by radio script and commercial jingle writer Jay W. Johnson and set to music by composer Billy Hayes in 1948, “Blue Christmas” was initially recorded by two separate big band leaders, Russ Morgan and Hugo Winterhalter. In addition to Tubb’s hit, the song has been recorded dozens of times by a variety of artists representing a plethora of genres. However, it’s long been and continues to be a favorite for inclusion on Christmas albums by Country artists and is a staple for Christmas shows and concerts. Some Country singers that have recorded the song include The Oak Ridge Boys, The Browns, Tammy Wynette, Martina McBride, Loretta Lynne, Jim Reeves, Johnny Cash with (and without) the Statler Brothers, Willie Nelson, Marie Osmond, Merle Haggard, Ray Stevens, Wynonna, Brooks and Dunn, Asleep At The Wheel, Anne Murray, Willie Nelson, Jimmy Dean, Vince Gill, Clay Walker and Brenda Lee – just to name a few.

According to the book The Stories Behind Country Music’s All-Time Greatest 100 Songs, there was an initial verse penned by the lyricist that was scrapped as the final version took shape.

“I expect to have a colorful Christmas tinged with every kind of holiday hue, and though I know I’ll find every shade in the rainbow, this design of mine will be mostly blue.”

Though it is beautiful in word and sentiment, the song would have been quite different had the verse remained. The final song is timeless, and the simplicity of its 10 lines that are known by heart by generations of listeners coupled with the intensity of the empty feeling of being without one’s beloved at Christmas has made the song as relevant for Christmas 2017 as it was in 1949. That’s why it still ranks as the all-time No. 1 Christmas single on Billboard‘s Country Singles chart.