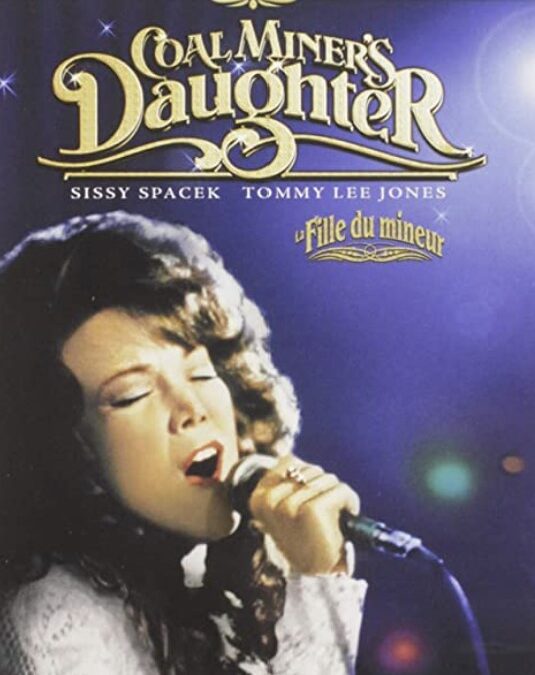 Country artists are known for unforgettable voices, songwriting talents and captivating stage performances. If we have ever had the chance to see our favorite artists play, sing or sometimes even speak, our heart skips a beat or two. We put them on much deserved pedestals and Heaven forbid anyone should ever say a negative thing about them.

We genuinely love our artists, and we mistakenly forget that they are real people. They have real lives and even more authentic pasts that shaped them into soulful individuals and became the inspirational muse for their talents. Rarely do artists get the opportunity to share their story with us, but when they do, it reminds us that somehow they are “just people.”

There’s nothing more compelling than watching the story of a favorite artist’s life come to its full capacity through film. We hear about the movie for months and anticipate its debut. Later, we curl up on our couches to view the film with our loved ones. We find familiarities in the film that match with our own stories. This makes us fall in love with our artists all over again with a whole new perspective. Sometimes artists don’t live to see their biographical manifestations. At other times they are a part of the action and put forth much effort toward the realism of the film.

For the 2015 Christmas season the Dolly Parton song “Coat of Many Colors” came to life for the record-breaking 15.6 million television viewers who watched the NBC movie special event. The role of Dolly was played to sassy perfection by the lively Alyvia Alyn Lind.

“It is a story of faith,” said Grammy Award winner Jennifer Nettles, who starred as Avie Lee, Dolly’s mother. “Dolly’s family – the Parton family – their faith was such a huge part of their lives and their connection.”

The film tells the story of Dolly’s Christian upbringing in the mountains of Sevier County, Tennessee. Unwavering faith is tested but prevails through heartache in the death of Dolly’s infant sibling, Larry. Strong bonds of love that never fail and belief in God hold the family together through poverty and trying times. The film includes the salvation of Parton’s hardworking father, Robert “Lee” Parton, portrayed by Golden-Globe winning actor Ricky Schroder.

In 1980 Loretta Lynn’s autobiography became the blockbuster hit “Coal Miner’s Daughter.” Set in 1948 in Butcher’s Hollow, Kentucky, the movie tells the story of Lynn’s humble beginnings as one of the eight children of Ted Webb, a Van Lear coal miner, and his wife, Clara. Also paramount to the story is the relationship between Loretta, portrayed by Sissy Spacek, and Oliver Vanetta “Mooney” Lynn, known as Doolittle or Doo, played by the Harvard graduate actor, Tommy Lee Jones.

Loretta married Doo at the tender age of 15. Doo being several years her senior – age 22 – was her mentor, manager and father of their six children, four of whom were born before Loretta was 20.

Spacek initially had reservations about taking the lead role, but the song “Coal Miner’s Daughter” convinced her. Spacek wouldn’t break character on set even during filming breaks and reportedly studied Lynn’s every move, even staying with the singer in her home for long stints.

Spacek and Beverly D’Angelo, playing Patty Cline in the film, insisted on doing their own singing. Five years later, when Patsy Cline’s life was depicted in “Sweet Dreams”, actress Jessica Lange lip-synced to original Cline recordings and was nominated for an Academy Award for her portrayal of the beloved Cline.

However, Spacek’s singing was so authentic in “Coal Miner’s Daughter” that during a performance at the Grand Ole’ Opry that included both Lynn and Spacek, viewers had trouble telling who was singing what!

Coal Miner’s Daughter made $67 million at the box office and was nominated for numerous awards, including an Academy Award for Best Actress, which Spacek won.

The life of country music giants Johnny and June Carter Cash garnered an Academy Award and a Golden Globe for Best Actress for native Tennessean Reese Witherspoon as June and earned accolades and nominations for her co-star, Joaquin Phoenix, as Johnny in 2005’s “Walk The Line.”

The film depicted the life, careers and shaky but solid love story of the ultra-talented couple. Witherspoon and Phoenix extensively researched Johnny and June to achieve authenticity in their portrayal and even performed their own vocals. The film raised a worldwide $186.4 million at the box office. It reigned as the all-time highest music biopic until 2015’s “Straight Outta Compton,” a movie about a hip-hop star.

“I Saw The Light,” set for release in March 2016, has Tim Hiddleston playing Hank Williams and Elizabeth Olsen playing Audrey Williams, mother of Hank Williams Jr. The film focuses on Williams’ achievements and the impact he had on the Country/Western Music world during his short life. It’s the second movie about Williams’ life. In 1964 George Hamilton played Hank Williams in “Your Cheatin’ Heart,” a film plagued by lawsuits among Williams family members but credited with solidifying the singing career of Hank Williams Jr., who sang for the soundtrack that was lip-synced by Hamilton.

The movies illustrating the lives of artists we love affect each of us in powerful ways and remind us that nothing is impossible. They provide insight into worlds into which we would otherwise never be invited. We feel kinship, admiration and inspiration through each story that is told in such charismatic dignity.