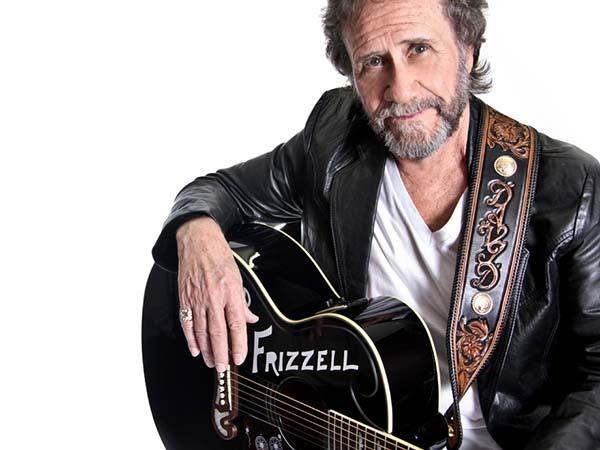 “It was a wonderful feeling to be surprised with the announcement that I will be inducted into the Texas Country Music Hall of Fame this August,” said Frizzell. “This is a wonderful honor, and I am thankful to have been chosen this year!”

Frizzell’s induction was held Aug. 13, 2022, in a special concert presentation at the Texas Country Music Hall of Fame in Carthage, Texas.

“The Texas Country Music Hall of Fame has been honoring country music legends for 25 years, and we can’t think of a better person on our 25th Anniversary than David Frizzell who continues to keep traditional country music alive,” said Tommie Ritter Smith, President.

Frizzell was born in 1941 in El Dorado, Arkansas. At 12 years of age, he hitchhiked to California and began touring with his brother, Lefty, in the 1950s. Frizzell recorded Rockabilly albums for Columbia records when he was 18 years old. However, his music career was put on holdwhile he served a four-year stint in the U.S. Air Force during the

Vietnam War. Immediately after leaving the military, he re-signed with Columbia Records in 1970.

His debut single, “Just Can’t Help Believing,” made the Top 40. He soon moved to Nashville and began appearing on Buck Owens’ “All American TV Show” in 1973. After signing with Capitol Records, David recorded the hits, “Words Don’t Come Easy” and “Take Me One More Ride.”

He began touring with his younger brother, Allen, and his wife, Shelley West. West and Frizzell quickly entered a contract with Warner Brothers.

In 1981 David’s duet with Shelley West, “You’re the Reason God Made Oklahoma” became a No. 1 hit. It also became Song of the Year, Vocal Duet of the Year and was featured in the Clint Eastwood movie, “Any Which Way You Can.” David and West won the Academy of Country Music Award for the Vocal Duo of the Year in 1981 and 1982. They were nominated for a Grammy for Group or Duo of The Year

The two recorded Top 10 hits, “Another Honky Tonk Night on Broadway” and “I Just Came Here to Dance.”

They continued winning duo awards throughout their career together. Frizzell hit number one with his 1982 solo, “I’m Gonna Hire a Wino to Decorate Our Home.” The song was later nominated for a Grammy. His solo success continued in 1982 – 1983 with songs such as “Lost My Baby Blues” and “Where are You Spending your Nights These Days.” In 1984 he teamed up with West again and produced hits, such as “Silent Partners” and “It’s a Be-Together Night.

Frizzell and West performed and recorded together until 1986. Frizzell’s work also includes being the producer of “Frizzell and Friends  – This is Our Time” that received nine Grammy nominations. His projects have provided him the opportunity of working with Country Recording artists such as Crystal Gayle, Bobby Bare, Merle Haggard, Johnny Lee, Gene Watson, Lacy J. Dalton, Jimmy Fortune of the Statler Brothers and many more.

In 2011 David released a tribute to his late brother, I Love You a Thousand Ways: The Lefty Frizzell Story. The book features a foreword by Merle Haggard and was named one of Country Music Television’s Best Books of The Year.

Visit davidfrizzell.com for tour dates and more information. Get tickets to the Texas Country Music Hall of Fame induction tcmhof.com.