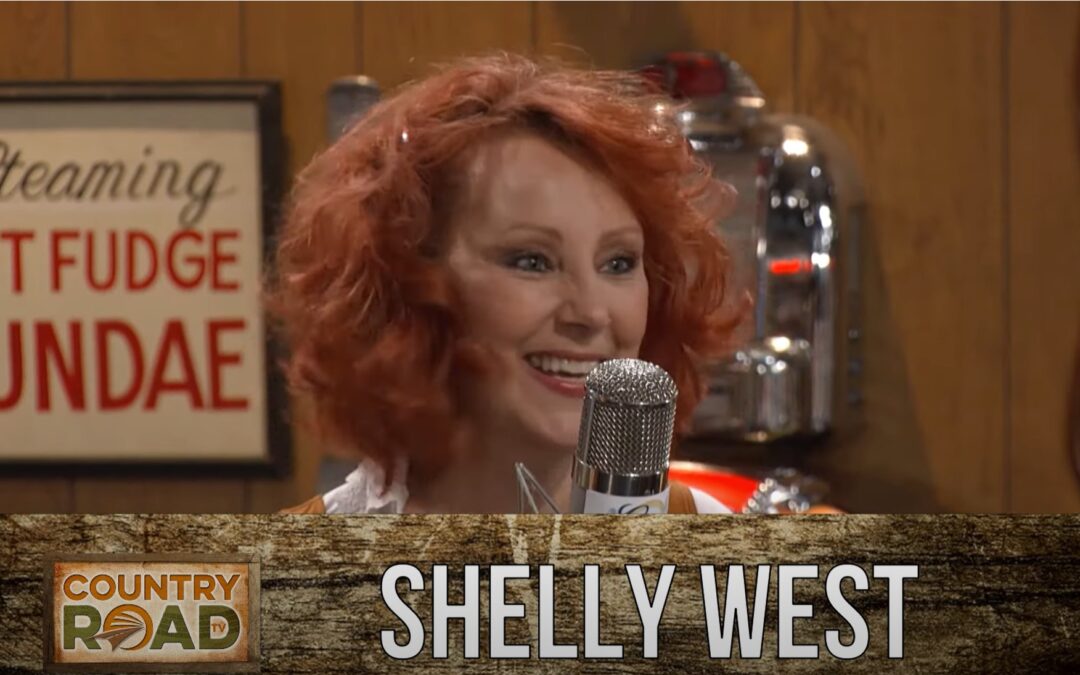 Like many of Country Music’s greatest star families, Dottie and Shelly West had lives filled with struggles, accolades, tragedies and successes.

Dottie, born in 1932 as Dorothy Marie Marsh, near McMinnville, Tennessee, expressed love for music early on and began singing on the local radio station at age 13. However, her home life was dominated by her father, William Hollis Marsh, a violent alcoholic who beat his family and sexually abused Dorothy. After testifying against her father in court, William Marsh was sentenced to 40 years in prison where he died in 1967.

Dorothy’s mother, Pelina, opened a small café to support her 10 children and narrowly escape poverty. Dorothy sang and played guitar for her high-school band, “The Cookskins.” Her hard work paid off and by 1951 she had received a music scholarship to Tennessee Technology University in Cookeville, Tennessee.

She met and married steel guitarist, Bill West, in 1953. The couple and their children moved to Cleveland, Ohio, where Dorothy earned her stage name, Dottie West. She sang in a country-pop duo with Kathy Dee called the “Kay-Dots” on a local television program, Landmark Jamboree. In 1959 Bill and Dottie West auditioned for producer Don Pierce and were immediately signed to Starday, but their time at Starday proved to be unsuccessful.

After many trips to Nashville, Tennessee, the couple moved there in 1961. They soon became friends with singer – songwriters, Willie Nelson, Roger Miller, Hank Cochran, Harlan Howard and Pasty Cline. Cline taught West all she knew about music and performing. The advice was well received, and West’s first Top 40 hit was 1963’s “Let Me Off at the Corner.” Jim Reeves and West’s duet, “Love is No Excuse,” climbed the Top Ten in 1964. The same year Chet Atkins produced West’s single “Here Come My Baby.” The hit reached Billboard Magazine’s Top 10 and made West the first female country artist to win a Grammy Award for Best Female Country Vocal Performance. West was also invited to sing at the Grand Ole Opry. In 1965 “Would You Hold it Against Me” turned out to be West’s biggest hit. In 1967 West and Atkins worked on three separate albums, “With All My Heart and Soul,” “Dottie West Sings Sacred Ballads” and “I’ll Help You Forget Her.”

During the 1970s West and Kenny Rogers had a string of successful duets, including “All I Ever Need Is You” and  “Every Time Two Fools Collide.” West also had a couple of solo hits in 1979, including, “A Lesson In Leavin’” and “Are You Happy Baby.” In the 1980s West was thought of as a sex symbol after she recorded her cross over hit, “Country Sunshine.” The song became a commercial for Coca-Cola. She remarried for a third time to soundman, Al Winters, who was 23 years her junior. West also did a revealing photo spread for OUI Magazine and toured with the Broadway version of “Best Little Whore House in Texas.” Her last hit was “We Know Better Now.” West died in 1991 due to complications from a car wreck.

Daughter Shelly, who was born in 1958, began singing and touring with her mother when she was 17 years old. Shelly soon fell in love with her mother’s guitarist, Allen Frizzell. They married and moved to California where they began touring the Southwest with the band of Allen’s older brothers, Lefty and David Frizzell. Shelly and David sent a demo of their duet, “Lovin’ on Borrowed Time,” to record producer, Snuff Garret. He was impressed by their work, and after an unsuccessful try in Nashville, Garret sent a demo of their song, “You’re The Reason God Made Oklahoma” to actor, Clint Eastwood. Eastwood recently had bought his own record label and decided to put the song in his new movie, “Any Which Way You Can.”

Frizzell and West had other hits, such as “A Texas State of Mind,” “Husbands and Wives,” “Another Honky-Tonk Night on Broadway” and “I Just Came Here to Dance. The pair worked together until 1985 when West and Allen Frizzell separated. Shelly made her solo debut in 1983 with “Jose Cuervo.” The song netted big bucks for tequila companies around the nation and also hit number one on Country Charts.

Her song “Flight 309 to Tennessee” made the top five. West remarried to Gary Hood and had twin boys. In 1984 – 1986 her solo career soared with hits such as “Now I Lay Me Down To Cheat,” “Somebody Buy This Cowgirl A Beer” and “Love Don’t Come Any Better Than This.”

Although West and Frizzell reunited for a short time, West’s career virtually ended when her mother, Dottie West died in 1991. Country Music Television honored Shelly West and David Frizzell in 2005 by voting them into the sixth spot on their 100 Greatest Duets Special. In recent years she has made appearances in Branson, Missouri, theatres.

The role of the family is an integral theme of Country Music. Some of County’s greatest songs have captured memories from family life. Family acts, including sibling duos, have long been a staple on the Country stage. Some families have produced numerous talented members, both performers and songwriters, who separately made their impact on the genre. In other families, each generation has expanded the legacy of the one before it. This story is part of a series published in our magazines that celebrates Country Music’s family connections.