George Lindsey – Glad He Made You Laugh 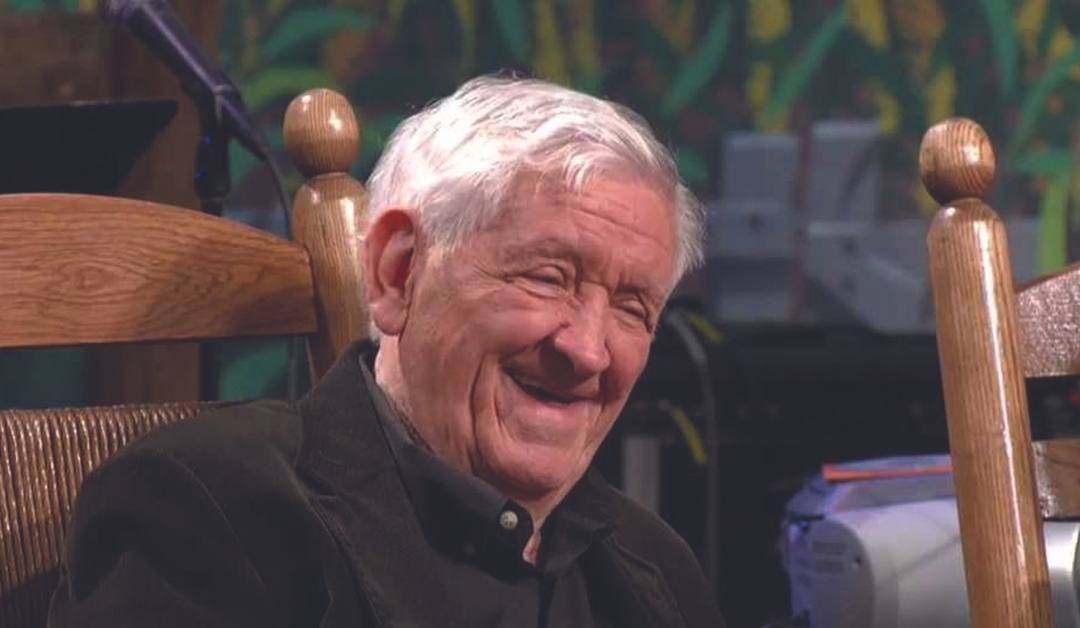 George Lindsey had a diverse career in entertainment, appearing in plays, movies, TV dramas and variety shows. It was, however, his seven-year portrayal of mechanic Goober Pyle on “The Andy Griffith Show” and “Mayberry RFD” and a 20-year stint on Hee-Haw that secured his place in comedic history.

The Fairfield, Alabama, native may have played the country goofball, but he earned a bachelor’s degree in 1952 in physical education and biology from Florence State College, where he played quarterback on the football team. After college he enlisted in the United States Air Force and was stationed at Ramey AFB in Puerto Rico. Following his discharge, he taught for a year at Hazel Green High School in Hazel Green, Alabama, while waiting to be accepted by the American Theater Wing in New York City in 1956. With Broadway performances under his acting belt, he headed to Hollywood where he appeared in some of the era’s most popular shows, including “Gunsmoke,” “The Rifleman,” “The Real McCoys,” “The Twilight Zone,” “Daniel Boone,” “Voyage to the Bottom of the Sea” and three episodes of “The Alfred Hitchcock Hour.” He played a sailor in the 1964 film “Ensign Pulver,” the sequel to “Mister Roberts.”

Lindsey sought the role of Gomer Pyle, on “The Andy Griffith Show” but lost to fellow Alabamian Jim Nabors. He was soon cast as Gomer’s cousin, Goober, whose crazy Goober Dance and horrible Gary Grant impression helped distinguish him among his fellow Mayberry residents.

His childhood prepared him to some extent for his mechanic role. According to a 2012 Tennessean article, “Lindsey liked to hang around his Aunt Ethel’s gas station, where the mechanics wore felt caps to keep the grease and oil from dripping into their hair. Those caps would inspire Lindsey’s trademark “beanie” worn by Goober.”

Though Goober’s role was expanded when “The Andy Griffith Show” transitioned into “Mayberry RFD,” Lindsey later expressed that he did not feel the caliber of writing was equal to the original series. CBS canceled “Mayberry RFD” in 1971, and Lindsey continued appearing in other projects like “M*A*S*H,” “Cannonball Run II,” “Snowball Express” and “News Radio.”

Lindsey’s talents were not always used on screen. He even voiced characters in Disney animated movies “The Aristocats,” “Robin Hood” and “The Rescuers.”

As a regular on “Hee-Haw,” Lindsey reprised his role as Goober. He’d suddenly appear in the “PFFT! You Was Gone!” skit with Archie Campbell, pop up in “The Cornfield” delivering a corny joke or join the rest of the cast in asking Grandpa Jones “Hey Grandpa! What’s for supper?”

Lindsey’s starring segment was “Goober’s Garage,” where he’d play his classic role of Goober, owner of the local garage. Sometimes a city slicker/con-artist type would try to pull a fast one while Goober emerged as more intelligent.

After the death of Archie Campbell, Lindsay often sang the verse in “PFFT! You Was Gone!” He was narrator for Misty Rowe’s “Bedtime Stories” segment, and appeared as a leisure suit-clad narrator in Lisa Todd’s “Advice to the Lovelorn” sketch.

After Hew-Haw ended, Lindsey remained in Nashville and often portrayed Goober in personal appearances. After “Return to Mayberry,” a 1986 made-for-TV movie became a hit, Lindsey’s participation at Mayberry reunion events and festivals drew large crowds of fans over the next two decades.

When Lindsey died in 2012 at age 83, much was said of his charitable endeavors.

His “The Andy Griffith Show” co-star Ron Howard, who played Opie Taylor remembered Lindsey as “warm, intelligent and lovable,” noting that “He generated lots of laughs and raised a lot of money for Special Olympics.”

He was honored by the City of Nashville with Goober Pyle Day in 1990.

In 1995, the same year he published his autobiography, Goober in a Nutshell, he was recognized with the Governor’s Achievement Award in the Alabama Music Hall of Fame.

The Minnie Pearl Lifetime Achievement Award was presented to Lindsey in 1997. In 2004, Lindsey shared the TV Land Legend Award with other members of the “Griffith” cast and crew.

He was the 2007 recipient of the first ICON Award presented by the Nashville Associations of Talent Directors.

“George Lindsey was my friend,” Andy Griffith said upon Lindsey’s death. “I had great respect for his talent and his human spirit. In recent years, we spoke often by telephone. I am happy to say that as we found ourselves in our eighties, we were not afraid to say, ‘I love you.’ That was the last thing George and I had to say to each other. ‘I love you.’”

Lindsey often commented that he was torn about what he wanted his tombstone to say, with the choices being “I told you I was sick” or “I hope I made you laugh.” His children settled the matter. The simple tombstone in his vault at Oak Hill Cemetery in Jasper, Alabama, says, “I’m glad I made you laugh.”