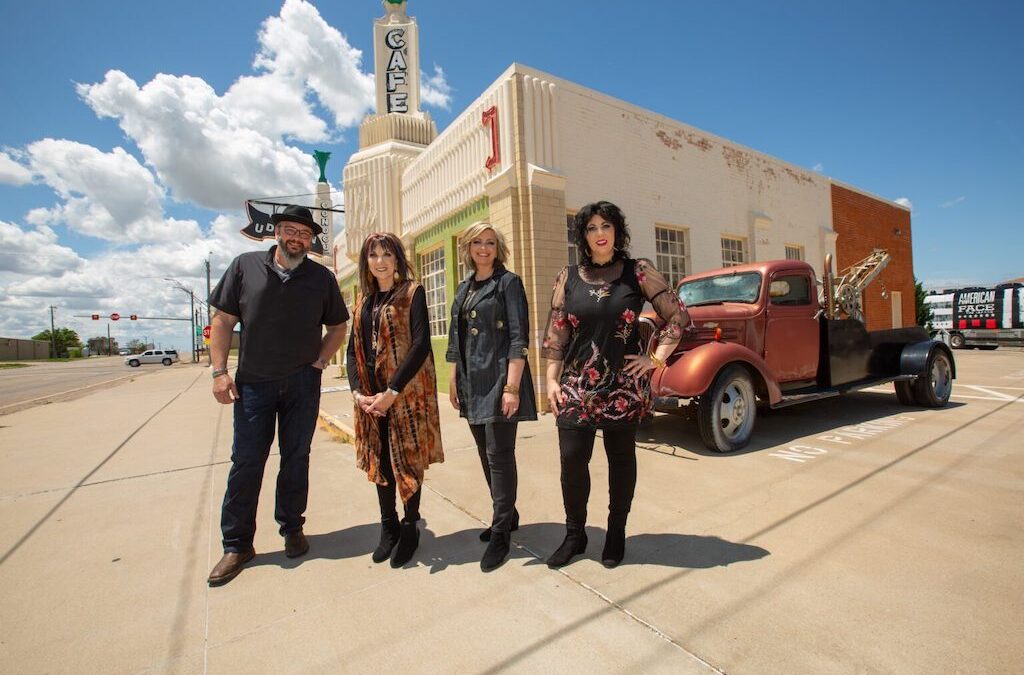 Recent guests on “Larry’s Country Diner” included The Isaacs, a family group whose musical roots reach back to the late 1950s when matriarch Lily Isaacs was signed to Columbia Records.

As a child of Polish Jewish Holocaust survivors who were imprisoned in a German concentration camp, Lily moved to the United States when she was two years old. Her family settled in the Bronx where she studied theatre and performed off Broadway. Her early career was primarily in Jewish theater and as a Jewish folk singer.

“I grew up in a Jewish home,” Isaacs told Baptist Press. “But, I was more tied to Judaism through the Holocaust than I was the actual religion itself.”

She met former husband Joe Isaacs at Gertie’s Folk City, a club in Greenwich Village, where she was booked as the opening act for Joe’s bluegrass band, The Greenbrier Boys, who were in town from Kentucky.

Though different in every possible way, the pair were immediately attracted to one another.

“I had never heard bluegrass music in my life, and I had never met a Southerner before in my life,” she told Main Street Nashville last year. “He was just a tall, dark and handsome cowboy, and I was a Jewish kid from New York. And so, of course, opposites attract.”

In 1970 they married and moved to Ohio, where she forfeited her career to become a wife and mother. Though neither of them had been religious before, they both became born-again Christians after Joe’s brother died in an automobile accident at age 27 during their first year of marriage. This change in religious beliefs created a chasm with her past that forced her to choose her newfound relationship with God over her family.

“The Holy Spirit just became my father and my mother and my people,” she said in an interview with Baptist Press. “I’d go to bed at night, and I would talk to the Lord. He became my best friend, and I learned to just be strong.”

When she was pregnant with her first child, Ben, the relationship with her family was restored.

Joe continued to perform regularly, and eventually Lily joined him in a group called “Calvary Mountain Boys,” a bluegrass band. Then they tried another name, “Sacred Bluegrass,” but finally settled on just using their family name, “The Isaacs.” Before 1986 the band played part-time as their family expanded to include children Ben, Becky and Sonya, combining then as they do now gospel, bluegrass and country.

When their children began to grow up, they joined their parents in the group. Then, after 28 years of marriage that incorporated a very successful Christian musical ministry, Joe and Lily divorced.

Lilly continues as vocalist for The Isaacs. A 40-year breast cancer survivor, Lily was the inspiration for the Martina McBride country hit, “I’m Gonna Love You Through It,” which was co-written by Lily’s daughter, Sonya, and son-in-law, Jimmy Yeary. In 2014, Lily published her autobiography, You Don’t Cry Out Loud, and she continues to inspire others with her story and music.

According to their official website, current members of The Issacs include:

The Isaacs’ many awards and accomplishments include Grammy nominations and numerous SGN and Singing News Fan Awards. They are active members on the Gaither Homecoming Videos and Concert Series and perform more than 100 dates each year to welcoming fans throughout the world. Having performed at prestigious venues like Carnegie Hall, The Isaacs have also entertained fans at CMA Fest and on the “CMA Country Christmas” special. The award-winning group has also performed on and been nominated for the GMA Dove Awards where they have earned eight trophies, including the 2008 Dove Award for Country Album of the Year for “Big Sky.”

In 2021 “Songs for Times” took home top honors at the 52nd Annual GMA Dove Awards for “Bluegrass/Roots/Country Album of the Year.”

The Isaacs has established a non-profit organization, The Isaacs Foundation, which aids the less fortunate. A special imitative of the foundation is the Fishman Isaacs Israel Initiative, which has raised hundreds of thousands of dollars to help Holocaust Survivors, orphans and Israeli “Lone” Soldiers.