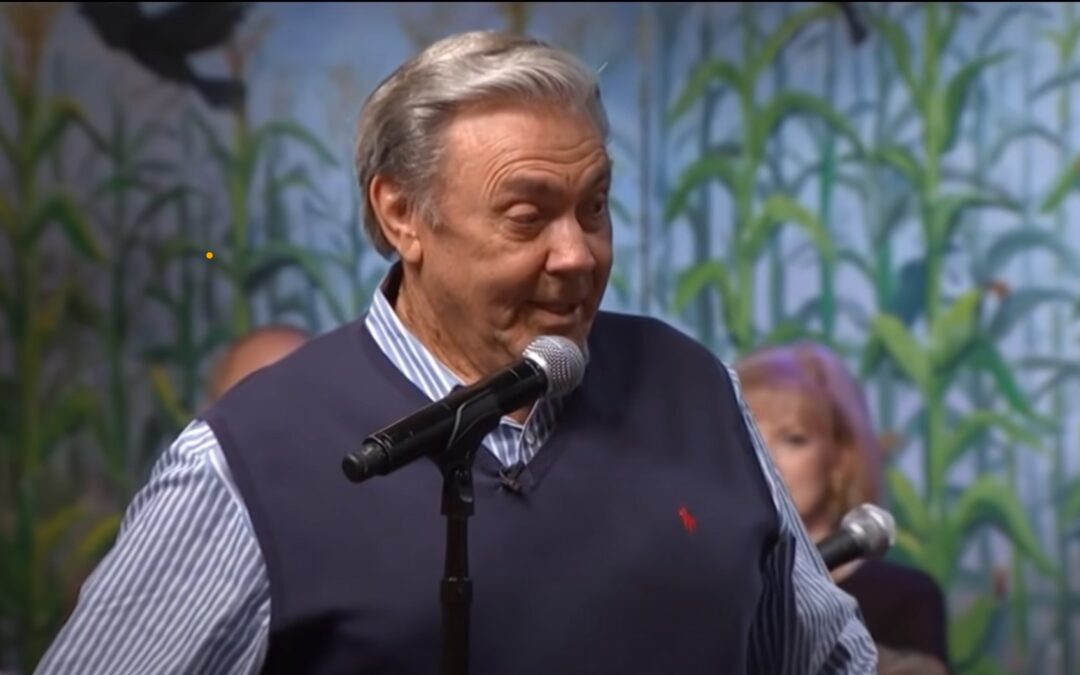 Some of Jim Ed Brown’s early performance attire was designed by Nathan Turk, owner of Turk of Hollywood, who fashioned clothing for Gene Autry, Roy Rogers and other notable musicians of the 50s. Iconic designer Manuel, known for his elaborate creations, has also crafted a number of costumes for Brown. However, album covers, publicity shots and videos from across the decades attest to Brown’s sartorial restraint.

Sure there are embellished collar points and jacket lapels, beaded bolos, skinny ties, leather vests and even some brightly colored suits with contrasting piping, but the venerable singer has remained clean cut, impeccably groomed and conservatively attired.

“If you are going to be in the public eye, you must respect the public enough to show up looking respectful,” he said.

At age 80, Brown is still a handsome man with a commanding presence. The cover for a recent single, aptly titled “In Style Again,” has Brown dressed in a bright red jacket with beaded cuffs and lapels, a crisp black shirt, tailored black slacks, shiny black leather cowboy boots and a silver-clasped bolo.

“I never went for the bad-boy look,” he said. “Women love a rebel, but for some reason, when all is said and done, they choose the other.”

Apparently, the “other” is the boy-next-door, which the rural Arkansas native was. Jim Ed’s father was in the logging industry, and he and sisters Maxine, Bonnie and Norma and brother Raymond flourished in a home filled with love and guided by wisdom.

After a logging accident in which the elder Brown lost his leg, Jim Ed was groomed to take command of the family business, even majoring in Forestry in college. Throughout his 20s he managed a dual career as a radio, stage and television performer and as a businessman in Pine Bluff, Ark., where he actively participated in the community. It was during his stint as organizer of the Pine Bluff Jaycees annual beauty pageant he met Becky, the woman who has been his wife for more than five decades. Together the two have raised a daughter and son.

“After our first child was born, Becky insisted we move to Nashville,” Brown said, explaining that his performance obligations kept him gone most weekends, flying out on Friday and returning in time to work at the sawmill during the week. “It was the right thing to do.”

Brown is working on a new album for release this year, continuing to host his Country Greats Radio Show and performing in concert.

“It’s been a great career,” he said with satisfaction. “My wife and I are so happy. My children are successful and happy. God has always blessed my life and shown me the way.”

Writer’s note: Soon after the lunch that resulted in this story, Jim Ed was diagnosed with cancer. He died around a year later. We met at O’Charley’s in Brentwood, Tennessee, near his home. He said there was a dish that had been on the menu that they no longer made there, but because he was a regular, they would make it for us. He ordered up what he wanted, and sure enough, they made it. We talked for hours, and I could have written a series just about his career and life. He was a lovely, gracious man, and that day will always remain one of my favorites.

The night he died I was attending a concert in Nashville starring the children of some of the greatest country musicians in history. In addition, a number of stars were in the audience. When the concert ended, we were told that Jim Ed had passed. All the performers and the stars in attendance came to the stage where Jett Williams, daughter of Hank Williams, led us all in “I Saw the Light.” It was moving and fitting. Unforgettable.