John Conlee:  A Rose by Any Other Name 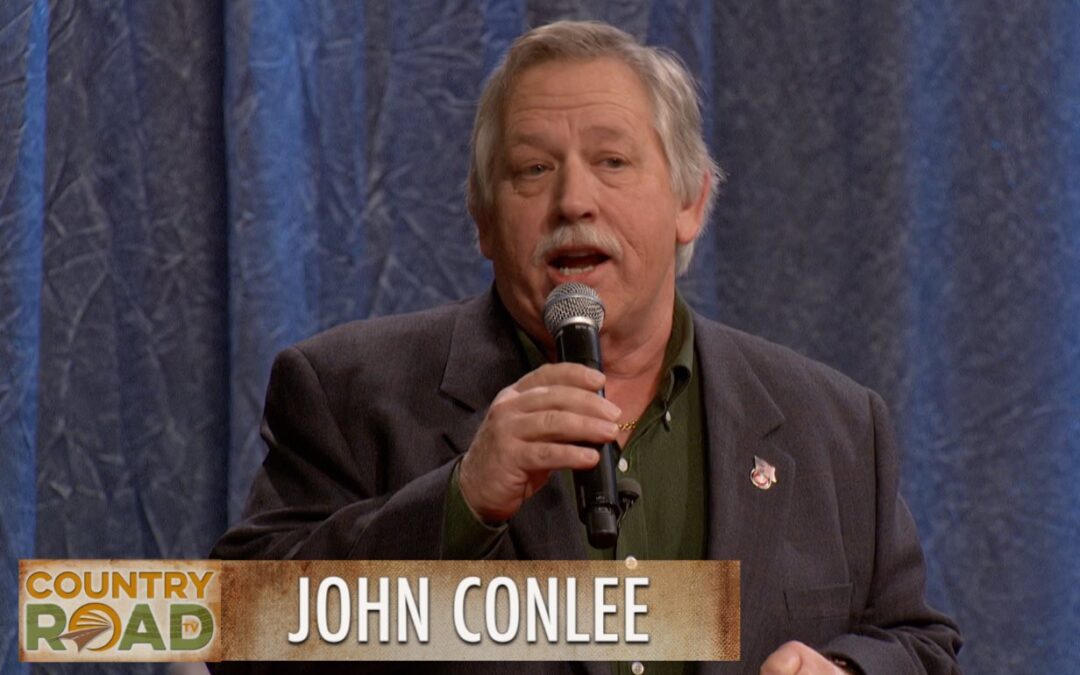 Would “Rose Colored Glasses” by any other name sound as sweet?

John Conlee will never know, but his 1978 hit actually began with another title.

“When I started writing it, I was using ‘love colored glasses,’” he said. “During the process I thought of the old phrase ‘rose colored glasses’ and promptly changed it. I’m not sure of the genesis of the phrase, but the song certainly has kept it alive and spread it. The song may never have done a thing the other way. Like a lot of other things in life, some things are meant to be, and some things are not.”

“Rose Colored Glasses” launched a successful career for the disc jockey-turned-performer. The song spent 20 weeks on the Hot Country Singles chart in 1978 and became Conlee’s signature song. As the song became a country standard, Conlee’s fans often asked about obtaining rose-colored glasses for themselves, so in the early 1980s his first road manager and the song’s co-writer George Baber suggested offering them as a concession item. They remain his best-selling concert souvenir.

Conlee has released 29 singles throughout the years with 26 of them charting in the top 20 or better and eight reaching number one. He’s toured extensively, but he has always made sure he was at home as much as possible.

“I was never on the road for months at a time, even when I was busiest in those early years,” he said. “It’s a balancing act. I could never have been happy being gone for three months at a time. There were times when we would go to the West Coast and stay a couple of weeks, but that was my limit. I’d think ‘I got to see the farm before too much more time passes.’”

A native of rural Kentucky and a farm owner in Middle Tennessee, preservation of the family farm system is important to Conlee.

“The farm crisis reared its head in 1985,” he recalled, explaining what compelled him to perform a concert in Omaha, Neb., that June to benefit the National Farmers Organization and other farming support entities. “Then, when Willie Nelson announced his plans for a September Farm Aid concert, I called and offered to help. I was part of the first 10 Farm Aid concerts, and Willie has kept on doing them.”

The singer spoke passionately and knowledgeably about modern farming practices that have continued to destroy the farming infrastructure.

“The reason Farm Aid ended up being created was because this was not a front page story in the first place, even though it should have been,” he observed.

Conlee admitted that he’s never had a great memory for jokes or stories, but he did make a confession about the event he called “certainly a highlight of my career – of my life.”

“For years I had in my mind and told people that Roy Acuff inducted me into the Grand Ole Opry,” he said. “He did not. It was Porter Wagoner. I found that out by listening to an old tape of my induction! There is so much excitement at an event like that, it’s easy to lose some of the details.”

One event, however, he has not forgotten.

“Ray Charles and I both had hits with a song called ‘Busted,’” Conlee said. “I heard his version as a teenager, never imagining that I would sing it or any other song on a record, let alone that it would become a hit for me too.”

Conlee said that Charles tops his list of favorite artists, so he was thrilled to be slated for a Las Vegas performance in the early 1980s with the legendary soul singer, whom he had never met.

“It was around that time I had a song on the charts called ‘I Don’t Remember Loving You,’” Conlee said. “When Ray came out of his dressing room, he started singing the words ‘I don’t remember loving you.’ It left me speechless.”