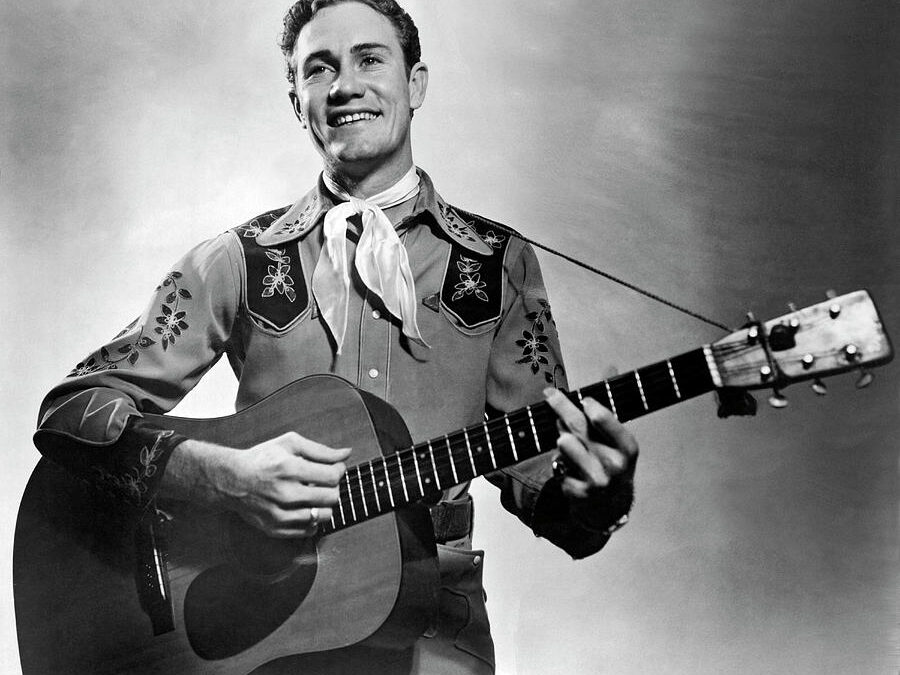 Lefty Frizzell, who was born in Corsicana, Texas, in 1928, counted among his earliest influences Jimmie Rodgers, Ernest Tubb and Ted Daffan. As a teenager, Lefty began singing on a KELD El Dorado radio station and continued singing on radio, in nightclubs, for dances and in talent competitions throughout the Southern states into young adulthood.

His career was interrupted when the 19-year-old was jailed for the statutory rape of an underage fan. His guilt-ridden separation from his young wife inspired him to write poetry and songs, some of which later would become hits. Upon his release from jail, Lefty worked as an oilman with his father but soon missed his passion for performing.

He collected a dedicated fan base in 1950 while performing at the Texas nightclub, Ace of Clubs. The owner of the Ace of Clubs, Jim Beck, had musical connections and encouraged Lefty to record a demo in April of 1950. The demo included Lefty’s own songs such as, “If You’ve Got the Money (I’ve Got the Time).” Even though Little Jimmie Dickens passed on the offer to record the song, Columbia Records producer, Don Law, was impressed by it. “If You’ve Got the Money (I’ve Got the Time)” and “I Love You A Thousand Ways” launched Lefty into stardom. His drawn out syllables and softer singing style smoothed down the toughness of Honky Tonk and became the sought after way of singing country music. Lefty performed on The Louisiana Hayride and The Grand Ole Opry multiple times during the height of his career in the mid 1950s.

Hank Williams and Lefty Frizzell are considered to be two of the major influences on Country Music singers for generations. In a 1973 homage to the pair, Stoney Edwards recorded the top 40 hit, “Hank and Lefty Raised My Country Soul.” Lefty became frustrated with Columbia Records for not releasing the material he thought they should and began touring and working with Jim Denny at Nashville’s Cedarwood Publishing Company in 1959. His last major hit was 1964’s “Saginaw, Michigan,” which was nominated for a Grammy. 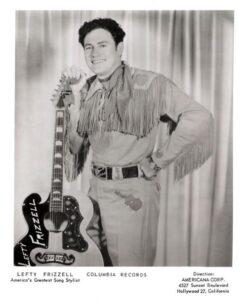 ​Lefty has influenced Country Music legends, such as Willie Nelson, Merle Haggard, George Jones, Roy Orbison and The Everly Brothers. “If You’ve Got the Money (I’ve Got the Time)” earned Lefty a Grammy Hall of Fame Award. In 1972 he was inducted into Nashville’s Songwriters Hall of Fame. Lefty suffered from alcoholism and died of a massive stroke on July 19, 1975. He was 47 years old. In 1982 Lefty was inducted into the Country Music Hall of Fame.

Many would say that Lefty’s little brother, David, is the mirror image of his older brother. David was born in 1941 in El Dorado, Arkansas. At 12 years of age, he hitchhiked to California and began touring with Lefty in the 1950s. David recorded Rockabilly albums for Columbia records when he was 18 years old. However, his music career was put on hold while he served a four-year stint in the U.S. Air Force during the Vietnam War. Immediately after leaving the military, he re-signed with Columbia Records in 1970.

David’s debut single, “Just Can’t Help Believing,” made the top 40. He soon moved to Nashville and began appearing on Buck Owens’ “All American TV Show” in 1973. After signing with Capital Records, David recorded the hits, “Words Don’t Come Easy” and “Take Me One More Ride.” He began touring with his younger brother, Allen Frizzell, and his wife, Shelley West. West and David quickly entered a contract with Warner Brothers.

In 1981 David’s duet with Shelley West, “You’re the Reason God Made Oklahoma” became a number one hit. It also became Song of the Year, Vocal Duet of the Year and was featured in the Clint Eastwood movie, “Any Which Way You Can.” David and West won the Academy of Country Music Award for the Vocal Duo of the Year in 1981 and 1982.

The two recorded top ten hits, “Another Honky Tonk Night on Broadway” and  “I Just Came Here to Dance.” They continued winning duo awards throughout their career together. David hit number one with his 1982 solo, “I’m Gonna Hire a Wino to Decorate Our Home.” The song was later nominated for a Grammy. His solo success continued in 1982 – 1983 with songs such as “Lost My Baby Blues” and “Where are You Spending your Nights These Days.” In 1984 he teamed up with West again and produced hits, such as “Silent Partners” and “It’s a Be Together Night.” They performed and recorded together until 1986.

In addition to the previously mentioned awards, the duo received the Music City News Award for Duet of the Year twice and Song of the Year. David’s solo career earned him many trophies and awards, including three Grammy Nominations. David is currently the producer of his Nashville America Records label, “Frizzell and Friends.” His projects have provided him the opportunity of working with Country Recording artists such as Crystal Gayle, Bobby Bare, Merle Haggard, Johnny Lee, Gene Watson, Lacy J. Dalton, Jimmy Fortune of the Statler Brothers and many more.

In 2011 David released a tribute to his late brother, I Love You A Thousand Ways: The Lefty Frizzell Story. The book features a forward by Merle Haggard and was named one of Country Music Television’s Best Books of The Year. David continues writing, producing, performing and touring.