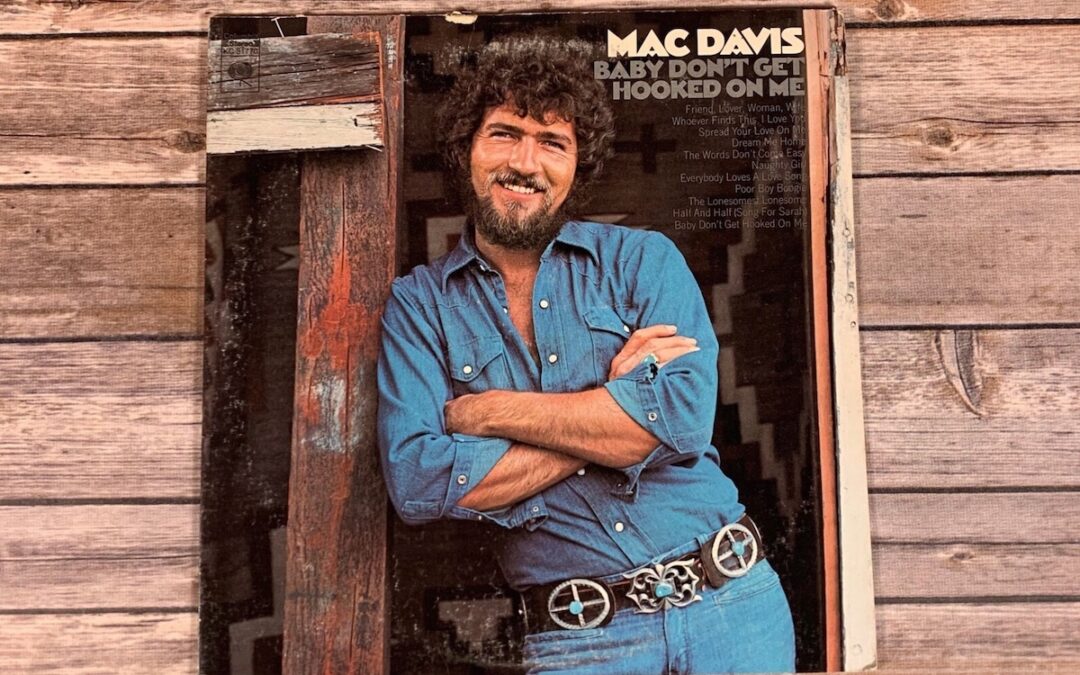 Some of the 1970s and ‘80s catchiest tunes – the kinds of songs that got stuck in your head and heart – were penned by Mac Davis.

Growing up in Lubbock, Texas, Davis lived in an ultra-religious home. After recording a couple of singles with his Rock and Roll band, Zots, Davis began working for the Vee Jay Record company. He later worked for Liberty Records and began exercising his talent for songwriting. Davis worked for Nancy Sinatra’s company, Boots Enterprises, Inc. The company helped publish Davis’s later recorded hits, such as “Friend, Lover, Woman, Wife,” “Home” and “It’s Such a Lonely Time of Year.”

His first big break was in 1968, when he was only 26 years old, when Elvis Presley recorded Davis’s song, “A Little Less Conversation.” Davis wrote the song in one night while staying at artist Billy Strange’s house in Los Angeles, California. Presley requested more material from Davis after the success of the song. Davis wrote “In The Ghetto,” which was originally suggested for Sammy Davis Jr. but became a huge Presley hit. Presley also recorded Davis’s songs “Memories” and “Don’t Cry Daddy.” “A Little Less Conversation” was re-released in 2002 and became number one in 26 countries.

Davis signed his own recording contract in 1970 and released his first single, “Whoever Finds This, I Love You.” The same year Kenny Rogers recorded Davis’s song, “Something’s Burning,” which became a worldwide Top 40 hit. In 1971 Bobby Goldsboro recorded Davis’s contemporary song, “Watching Scotty Grow.” The song soared to No. 1.

In 1971 Davis recorded his own songs, “Daddy’s Little Man,” “Closest I Ever Came,” “Once You Get Used to It” and “Yesterday and You.” In 1972 Davis reached No. 1 with his pop song, “Baby, Don’t Get Hooked on Me.” The song had crossover success, reaching the Top 20 on Country charts. The self-titled album produced songs such as “Dream Me Home “ and “Everybody Loves A Love Song.”

Davis continued his success through the 1970s and 1980s with hits such as “Stop and Smell the Roses,” “Burnin’ Thing,” “Forever Lovers,” “It’s Hard To Be Humble” and, ”Texas In My Rearview Mirror.” His biggest Country hit was 1980’s “Hooked on Music.” Davis’s last self-recorded hit was 1985’s “I Never made Love (Till I Made Love With You).” The same year Davis performed “God Bless The USA” at Ronald Reagan’s inaugural gala. In 1990 Davis wrote Dolly Parton’s hit, “White Limozeen.” Davis also hosted a musical variety show, “The Mac Davis Show,” on NBC television in the late 1970s. He was listed as one of the 12 most promising actors of 1979 for his performance in the football film “North Dallas Forty.” In 1981 he performed in a comedy film “Cheaper To Keep Her.” He also appeared in a 1983 Robert Redford movie “The Sting 2.”

Davis took to the stage as Will Rogers in the Broadway production of “The Will Rogers Follies.” He has appeared or narrated in television shows, such as “The Muppet Show,” “Oswald,” “King of The Hill,” “8 Simple Rules” and “ Rodney.” Davis was inducted into the Nashville Songwriters Hall of Fame in 2000.

He also has a star on Hollywood’s Walk of Fame. Mac Davis is a major contributor to all genres of music and one of the most successful crossover artists and writers of all time. He continues to do charity work, perform and write songs.

Throughout the history of Country Music, thousands of songs have been written and performed. Many of those songs were written by famous performers. Some were written for a star’s own records, while others were created to be sung by another artist. This story is part of the Singer-Songwriter Series which explores some of those talented individuals whose work we know and love that have been published in our magazines.