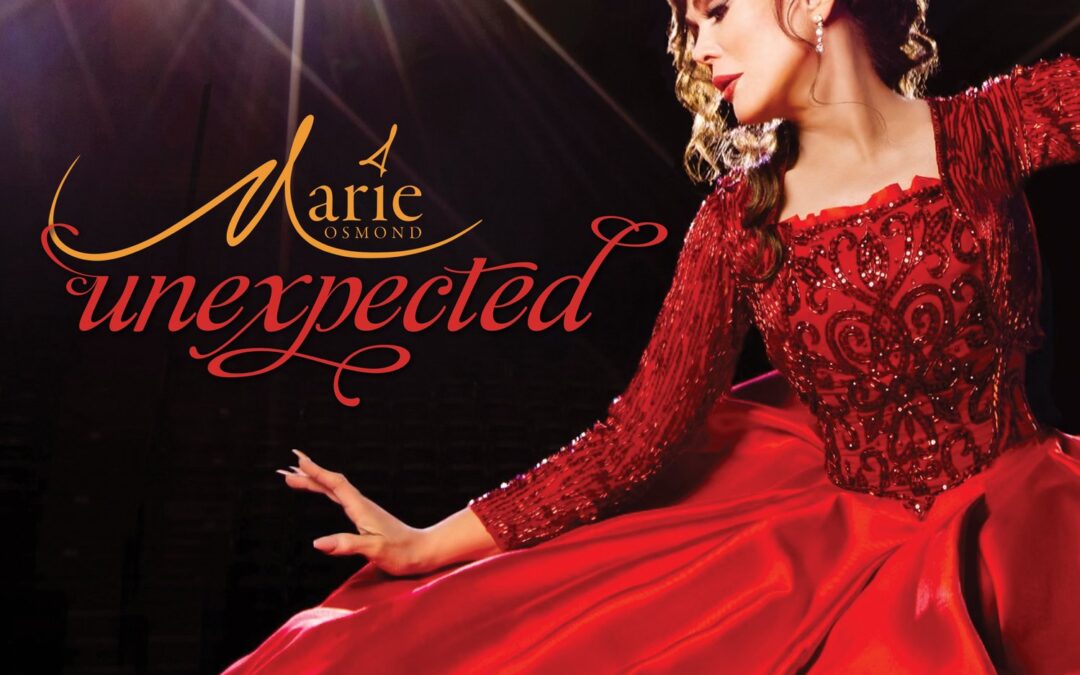 Marie Osmond has been a star since 1973 when her first single release, “Paper Roses” became a favorite for disc jockeys and made No. 1 on the Country charts and No. 2 in the United Kingdom. Because it spoke to both young and mature listeners, the song became a top five hit on Pop charts as well.

Upon reaching No. 1, Marie became, at less than one month after her 14th birthday, the youngest female artist and youngest overall solo artist to reach No. 1 on the Billboard Hot Country Songs chart

Marie, the second youngest of nine children and the only girl in the large Osmond clan, was born to Olive May and George Virgil Osmond in Ogden, Utah, on October 13, 1959.

The Osmond family, who are members of The Church of Jesus Christ of Latter Day Saints, had already produced a successful group, The Osmond Brothers, and a solo teen idol, Donnie Osmond, by the time Marie released her mega hit.

As a follow-up to her “Paper Roses” success, she released a single “In My Little Corner of the World” and an album by the same name in 1974. Both album and song made the Billboard Country Top 40 the same year.

Marie switched over to Pop music for her act with her brother Donny Osmond on their television show, “Donny and Marie,” which ran from 1975-1979. ABC TV president Fred Silverman presented an offer to do the show to the Osmond siblings after he saw them on “The Mike Douglas Show.” At the time they were the youngest act in history to receive a variety show contract at ages 16 and 18.

Hits such as “Morning Side of the Mountain,” “I’m Leaving it All Up to You” and “ Make the World Go Away” debuted on “Donny and Marie.” In addition to their performances, the show attracted popular guest stars and acts like The Brady Bunch cast, Sonny and Cher, comedian George Gobel, Charlie Pride, Little Richard and Minnie Pearl. At the end of each show Donnie and Marie would sing their trademark song, “May Tomorrow Be a Perfect Day.”

In 1977 Marie released her album, “This is the Way I Feel.” It was intended for Country audiences but took a more Pop music turn. In 1984 she released “Who’s Counting” with RCA Records. It made the Billboard chart resting at No. 82.

1986’s “I Only Wanted You” brought another No. 1 Country music hit, “You’re Still New to Me.” The song was a duet created and sung with songwriter Paul Davis. The second single on the album, “I Only Wanted You,” reached the Top 20. Changes in Country music ended Marie’s career in traditional Country music in the late 1980s. Marie had her last chart making song called “What Kind of Man” in 1995, but she would go on to do other great things for the world.

In 2010 she recorded an album called “ I Can Do This.” The album had 14 songs including, “Pie Jesu,” and proceeds benefited the Children’s Miracle Hospitals. So far she has helped raise $6.9 billion dollars for the Children’s Miracle Network, which she co-founded with actor and Country singer John Schneider in1983.

Marie was involved in a charitable social media campaign including artists such as, Diamond Rio, Sisqó, Olivia Newton John and Marty Roe called Music is Medicine. She also has her Sunday Message in which she gives devotion on Instagram and Facebook and shares about her week, friends and family.

Marie had a headlining show from September 2009- November 2019 in the Flamingo Hotel in Las Vegas, Nevada, with brother Donny for which she received awards for her work such as, “Best All- Around Performer,” “Best Show” and “Best Singer.” She was also presented a key to the city of Las Vegas and a star on the Las Vegas Walk of Fame.

In 2019 she received an offer from the popular television show, “The Talk,” and soon joined Eve, Sharon Osbourne, Sheryl Underwood and Carrie Ann Inaba on the tenth season of the show.

At age 60 Marie’s list of accomplishments are impressive. She’s performed on Broadway, written several books, hosted a radio show, starred in movies and television programs, served as spokeswoman for products she believes in and guested on “Dancing with the Stars.” She’s a generous philanthropist, talented singer, dancer and actress, popular talk show host as well as a dedicated friend, mother, wife and sibling.

This Country star has remained a genuine and inspirational person in the world of entertainment.