Mark Collie The Small Town Kid with the Country Career 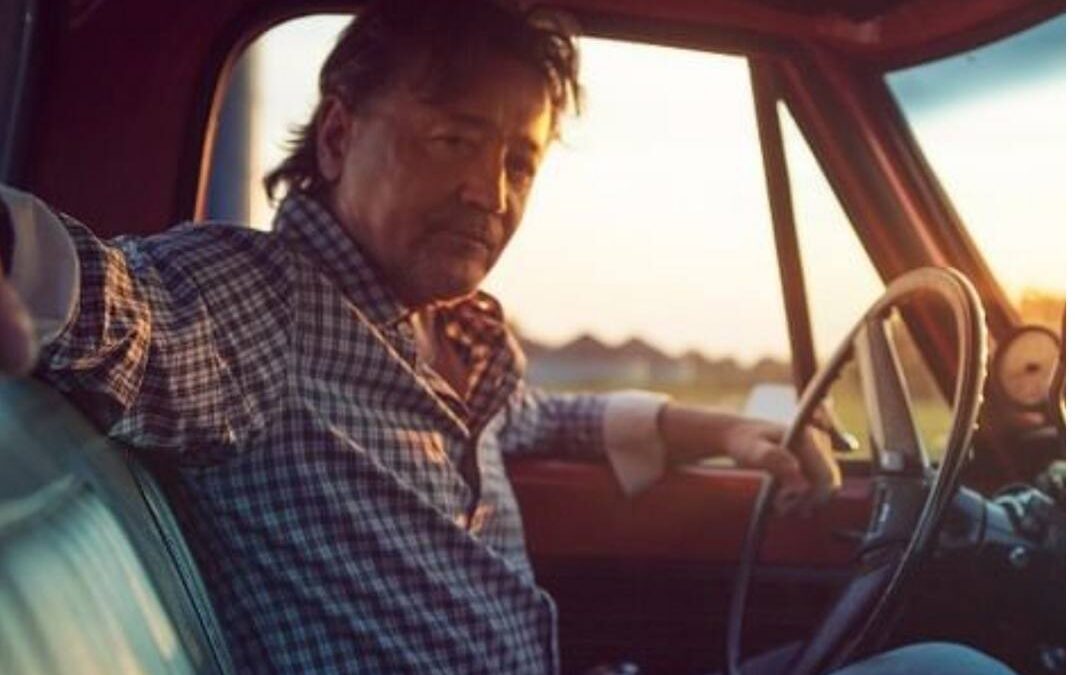 It’s only 100 miles from Waynesboro, Tennessee, to Nashville, but for Mark Collie, the trip was just the beginning of a journey hard to imagine for most small-town boys with a guitar and a dream. In a career spanning three decades, Collie has earned respect and recognition as a recording artist, songwriter, record producer, actor and philanthropist.

The past few years have been especially good for the 60-year-old. Collie landed a recurring role as Frankie Gray, a partner in character Deacon Claiborne’s bar, The Beverly, on the television series Nashville, for the 2015-16 season. After ABC announced cancellation of the hit show, CMT picked it satisfying a passionate outcry from fans for more Nashville.

Collie’s TV role was one of many recent successes in his long and diverse career. He was inducted into the International Rock-A-Billy Hall of Fame’s Class of 2015 and released a new album, “Icon,” in spring 2016 featuring 11 of his biggest hits including the No. 3 “Born To Love You,” No. 5 “Even the Man in the Moon is Crying” and No. 13 “Hard Lovin’ Woman.”

Additionally, Collie’s first four albums, “Hardin County Line” (1990), “Born and Raised In Black & White” (1991), “Mark Collie” (1993) and “Unleashed” (1994), made their digital release debuts in March. “Alive at Brushy Mountain State Penitentiary” (2012), “Rose Covered Garden” (2006) and “Tennessee Plates” (1995) were digitally released previously. An accomplished songwriter, Collie has penned most or all of the songs on his albums.

“Songwriters, most of us have been doing it all our lives whether we call it songwriting or not,” Collie said at the 2011 BMI Country Awards. “To be blessed to have the opportunity to make a living doing it, I give all the glory to God and pick up the guitar every day I can.”

Since 1989 his songwriting talents have been featured on albums by some of country’s greatest stars. Among Collie’s many compositions are “Since I Don’t Have You” recorded by Marty Stuart, “Oh, What Silent Night” by Randy Travis, “Let’s Put Love Back To Work” recorded separately by Rhonda Vincent and Ricky Skaggs, Collin Raye’s “Sadly Ever After,” Martina McBride’s “I Can’t Sleep,” Aaron Tippin’s “I Miss Misbehavin’,” “Redneck Heaven” and “What About Us” by Billy Ray Cyrus, Tim McGraw’s, “Forget About Us” and “Carry On,” Alabama’s “Small Stuff” and “Ain’t Love a Lot Like That” by George Jones. In 2011 Collie wrote six of the tracks for country singer JT Hodges’ self-titled album. He composed every song Christian artist Kyle Sherman recorded on the 2012 album “Hear Me,” which Collie co-produced.

“It all begins with a song and it ends with a song,” Collie said, who has been recognized with top awards from BMI for his songs “Born To Love You” and “Hard Lovin’ Woman” and by ASCAP for 5 “Even the Man in the Moon is Crying.” His work was honored by his inclusion on the Country Music Walkway of Stars at the Country Music Hall of Fame.

Collie’s accolades are not confined to his music. He’s performed at benefits throughout his career for a diverse collection of causes including The Nashville Food Bank, The Blue Note Fund, Fallen Police and Victims of Domestic Violence among others. In 1991 Collie was part of a filmed benefit concert in Nashville’s Centennial Park along with George Jones to salute American soldiers serving in Operation Desert Storm. Tapes were distributed to troops throughout the Middle East. In 1996, Collie teamed up with Aaron Tippin to organize and load a cargo plane with 25,000 country cassettes for free distribution to United States troops in Bosnia, an endeavor that was awarded The 1996 American Spirit Award by the United States Air Force.

A type-1 diabetic since youth, early in his career Collie dedicated himself to raising funds for Diabetes research.  He established a foundation to spearhead the efforts and in 1994 initiated the annual Mark Collie Celebrity Race for a Cure that brought together musicians, NASCAR drivers, actors, athletes and volunteers. The Mark Collie Chair in Diabetes Research at Vanderbilt University resulted from Collie’s commitment.

In 2006 he was named Tennessean of the Year by the State of Tennessee for his generosity.

Collie began has acting career in 1997 when he appeared in Fire Down Below, a Steven Segal film. The next few years found him in on the small screen in shows like Early Edition, Walker Texas Ranger, The Strip, Jag and Dr. Quinn: The Movie, but he was also acting in feature films, including Segal’s Kill Switch, a plot-driven western called Jericho and The Punisher starring John Travolta, in which Collie played a guitar-strumming assassin, Harry Heck. His original songs were included on the soundtrack of both Fire Down Below and The Punisher. He plays the character Buck in a new film, The Secret Handshake, starring recording artist Amy Grant.

Perhaps Collie’s greatest screen accomplishment was the 1999 short film, I Still Miss Someone, in which he not only stars as Johnny Cash but also co-wrote and co-produced. The film took top honors for best short film at New York Independent Film Festival, Yahoo! Online Film Festival, Atlantic City Film Festival, Nashville Film Festival and Zoie Fest. Collie won in the Best Actor category at Method Fest. Collie uploaded the film in its entirety for free viewing on YouTube.

“In a world he never seemed to fit, he always found the words to make it right,” Collie wrote in his tune, “Song for John,” calling Cash “A dark angel of a saint I’d say he was. Amen. A friend of mine.”

Collie most likely includes Collie fan/actor/musician Charles Esten, Nashville’s Deacon, as a friend since Esten conceived of and facilitated Collie’s inclusion on the show.

“He landed that thing all by himself, because he’s everything I thought he would be,” Esten told ABC News Radio. “With his acting, he’s extremely solid. Everything’s just right there.”

Collie was honored by the State of Tennessee with a new “Tennessee Music Pathways” marker in his hometown of Waynesboro, Tennessee, on July 3, 2021, at the Courthouse Lawn by the Wayne County Walk of Stars.