Martha White, an ageless star of the Grand Ole Opry 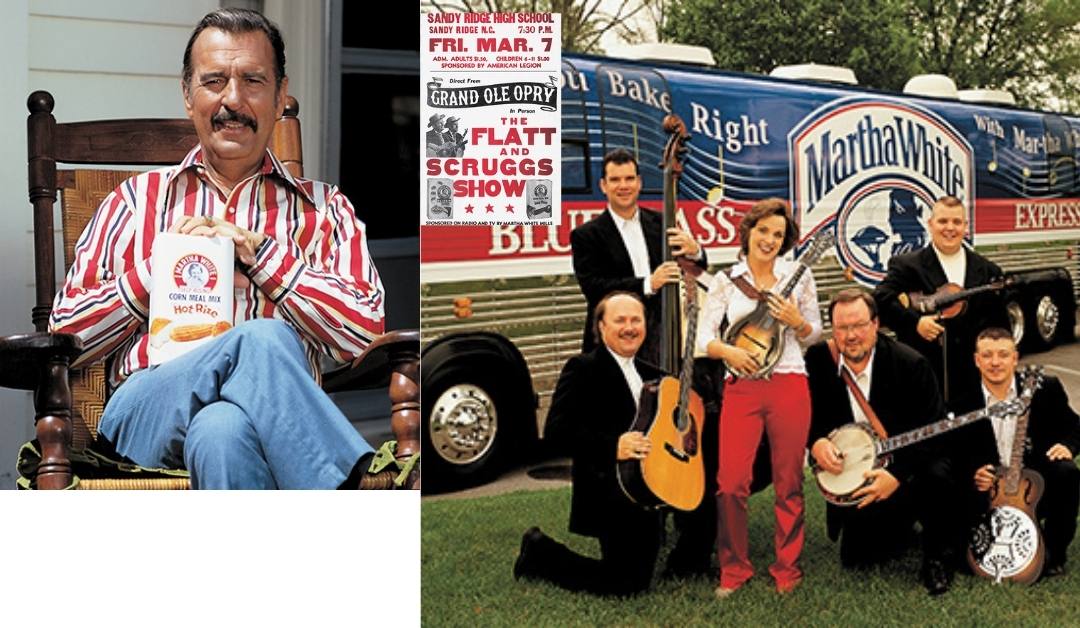 Martha White is a very famous little girl. Actually, it is not certain that you’re a true country music fan if you don’t know who she is. In 1899, Richard and Katherine Lindsey founded Nashville’s Royal Flour Mill, which became known for its especially fine quality of flour. Richard Lindsey thought his personal finest accomplishment was his three-year-old daughter, Martha White Lindsey, so he named the product for her.

When Nashvillian Cohen E. Williams bought the mill in 1944, he changed the company’s name to Martha White to capitalize on the flour’s success. Not only was Williams a genius businessman, he was also a huge fan of country music and didn’t have to look very far to find and build relationships with WSM Radio and The Grand Ole Opry, which had been on the air less than 20 years.

Two things that certainly fit together were country cooking and country music, and more of Martha White is exactly what fans wanted. Having only $25 weekly for promotional purposes, in 1948 Martha White began sponsoring The Grand Ole Opry and continues to do so, making it one of the longest running radio sponsorships identified.

The jingle “You Bake Right with Martha White” became a signature in the early 1950s for the virtually unknown bluegrass duo of Lester Flatt & Earl Scruggs. They were hired to barnstorm the South with the Martha White Bluegrass Express, a music show that toured local festivals while promoting Martha White flour and meal. With biscuits and cornbread painted on their bus, Flatt and Scruggs became known as the “World’s Greatest Flour Peddlers” through local concerts, performances on Nashville’s early-morning radio show and their television programs all sponsored by Martha White.

Flatt and Scruggs became bluegrass legends. They won a Grammy for the instrumental “Foggy Mountain Breakdown” and were members of the Grand Ole Opry. They were inducted into the Country Music Hall of Fame and the Grammy Hall of Fame, earning numerous awards and accolades. Scruggs’ distinctive banjo picking style sparked a popular interest in learning to play banjo. Generations of television viewers know the duo from their performance of “The Legend of Jed Clampett” at the beginning of the weekly comedy series, “The Beverly Hillbillies,” in the 1960s.

Whether it was on the Grand Ole Opry stage or at Carnegie Hall, Flatt and Scruggs were expected to perform “You Bake Right with Martha White.” The song and little Martha White Lindsey’s face have become icons of country music culture. The historic Martha White logo backdrop once used on the Opry stage is now in the permanent collection at the Country Music Hall of Fame in Nashville.

Country music star Tennessee Ernie Ford became the Martha White spokesperson in 1970. Known for a number of chart-topping hits, Ford coined the phrase, “Bless your pea-pickin’ heart!” as a TV host. He made guest appearances on the Grand Ole Opry and performed private concerts for Martha White customers, deeming the products “pea-pickin’ good!” One of Ford’s last performances was in 1988 in honor of the Martha White brand’s 40th anniversary as a Grand Ole Opry sponsor. When Ford was introduced to the Grand Ole Opry audience by country legend and friend Roy Acuff, the crowd rose to its feet and gave a rousing standing ovation.

The Martha White Bluegrass Express took to the road again in 2000 with a new artist on board, Rhonda Vincent, along with her band, The Rage. Vincent’s association with Martha White continues a prestigious legacy of connecting exceptional music with a quality product. Crowned “the new queen of bluegrass” by the Wall Street Journal, Vincent has won 13 top awards from the International Bluegrass Music Association, has been nominated for multiple Grammy Awards and was the recipient of the prestigious “Star Award” from the Bluegrass Heritage Foundation.

Since the new millennium, Martha White’s sweet face is no longer used as a product logo, but decades of country music fans will never forget how a little girl, a catchy jingle and the love of fresh-baked goods intertwined to take country cooking and country music to the world.