Mel Tillis: A Lifetime of Entertaining and Achievement Despite Disability 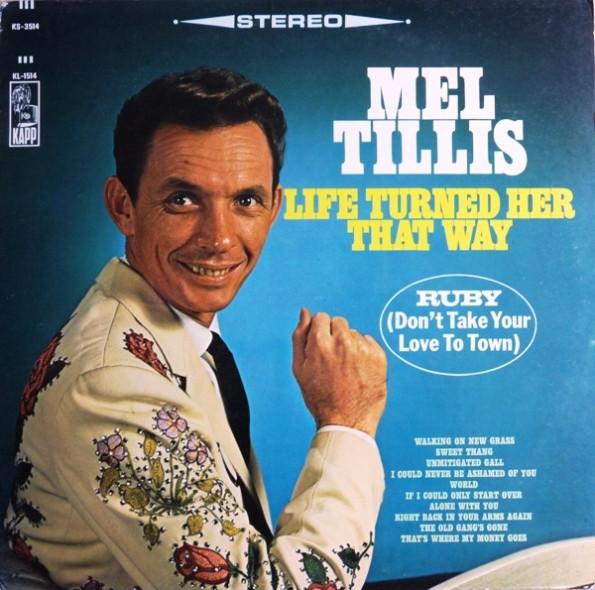 One of Country Music’s most inspirational and multitalented performers was laid to rest in November 2017.

“I stuttered so bad, and I couldn’t hardly talk at all in those days, but I could sing,” Mel Tillis recalled during an interview when he was honored by the National Endowment for the Arts in 2012 with a National Medal of Arts. “Your singing and your creative ability comes from one side of your brain, and your speech from another side.”

A singer, songwriter, actor, spokesman and artist, Tillis’s career spanned six decades. He began performing in the early 1950s with The Westerners while serving as a baker in the United States Air Force, stationed in Okinawa.

However, songwriting was the talent that propelled him into the Country music industry. Webb Pierce recorded a song written by Mel in 1956 entitled “I’m Tired”– the first of the more than 600 songs that were recorded by major artists including Kenny Rogers, George Straight, Brenda Lee, Ray Price and others. Tillis admitted that he could not count the number of songs he’d penned but believed it to be more than 1,000. He was inducted into the Nashville Songwriters International Hall of Fame in 1976. Broadcast Music, Inc. (BMI) named Tillis the Songwriter of the Decade for two decades in 1999. He also won the 2001 Golden R.O.P.E. Songwriter Award.

In June 2001, Tillis received a Special Citation of Achievement, a rare and coveted award, from BMI for three million broadcast performances of “Ruby, Don’t Take Your Love To Town.”

It wasn’t only the songwriting that carved his name into Country’s history. Tillis had his first number one single in 1972 with “I Ain’t Never.” He recorded more than 60 albums that included 36 Top Ten singles, with nine of them going to No. 1. Among his chart-toppers were “Good Woman Blues,” “Coca Cola Cowboy” and “Southern Rain” to mention a few. He was named Country Music Association’s (CMA) Entertainer of the Year in 1976, and for six years in the 70s, Mel Tillis won Comedian of the Year as well.

Tillis performed in all 50 U.S. states and toured extensively in the United Kingdom and other foreign countries. In 1998 he released a gospel album, “Beyond the Sunset.”

His recording of the 1998 “Old Dogs” album with Bobby Bare, Waylon Jennings and Jerry Reed garnered a nomination for the 1999 Vocal Event of the Year by the Country Music Association.

His performance talents were richly rewarded. He was recipient of the Golden Voice Entertainer Award for 2001, and in 2010 The Academy of Country Music chose him to receive the prestigious Cliffie Stone Pioneer Award.
In 2007 he was inducted into the Grand Ole Opry and also became a member of the Country Music Hall of Fame. Tillis’s home state of Florida honored him in 2009 with induction into the Florida Artist Hall of Fame.
Tillis appeared as an actor in numerous feature films including “Every Which Way But Loose” with Clint Eastwood, “W.W. & The Dixie Dancekings,” “Cannonball Run I and II” and “Smokey and the Bandit II with Burt Reynolds. He shared the lead with Roy Clark in “Uphill All The Way.” He was a regular on the small screen on such television shows as “Glen Campbell Good Time Hour,” “Statler Brothers” specials, “20/20,” “The Tonight Show,” “The 700 Club,” “Prime Time Country,” “60 Minutes,” “Crook & Chase” and “David Letterman.” He served as host for “Music City News Awards” and “Music City Tonight.” He starred in several television movies, including “Murder in Music City” and “A Country Christmas Carol.”

Despite what had once been debilitating stuttering, Tillis has was a spokesman in commercials for companies such as Badcock Furniture, Fina Oil Co. and Whataburger. He was even chosen as the 1998 spokesman and honorary chairman for the Stuttering Foundation of America.

Tillis relaxed by gardening, cooking and fishing. He was an avid fan of University of Florida sports. He was also a painter, a talent he pursued for enjoyment and used to benefit others.

A 33° Mason at the House of the Temple in Washington, D.C., Tillis was honored with the Grand Cross. He later painted “Masonic America” from which 1,000 limited edition signed and numbered prints were sold with proceeds donated to the Scottish Rite Foundation, which benefits speech and hearing clinics nationwide.

Born in Dover, Fla., on Aug. 8, 1932, Lonnie Melvin Tillis grew up mostly in Pahokee, Florida, a town near Lake Okeechobee. Having been in declining health since colon cancer in 2016, Tillis died unexpectedly on Nov. 19, 2017, at a Florida hospital. He is survived by his longtime partner Kathy DeMonaco, and his children, singer Pam, Carrie April, Cindy, Mel Jr. (nicknamed “Sonny”), Connie and Hannah. Memorials were held in Florida and Tennessee.