Memories of Elvis Presley and Col. Tom Parker from an Insider 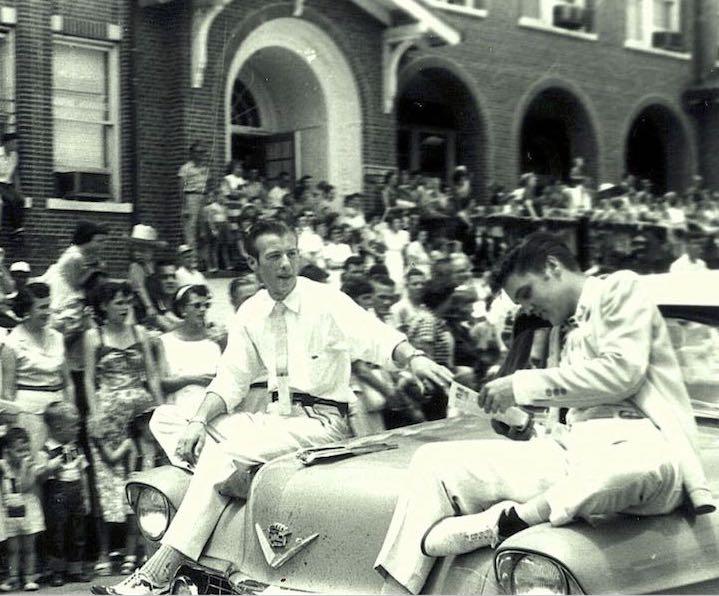 Elvis Presley and Col. Tom Parker are in the news almost 70 years after the pair first formed a successful and perhaps lethal business arrangement that ended with Elvis’s death in 1977. The recently released movie, “Elvis,” explores the relationship between the two men with Hollywood mainstay Tom Hanks portraying Parker and a young actor-singer, Austin Butler, embodying Elvis.

The story told in the movie, which is now streaming on HBO, is engaging, but the story told by Jimmie Rodgers Snow, son of Grand Ole Opry star Hank Snow, in his book, Another Elvis Story, is more likely to contain the unembellished truth about the early years of Elvis’s career.

Before Presley was the King of Rock ‘n’ Roll, he was an unknown boy from the hills of North Mississippi whose voice and stage presence caught the attention of two men who became music industry legends themselves. One was Parker, who would later be Presley’s controversial manager. The other was singer, songwriter and Grand Ole Opry star Hank Snow.

Parker and Snow formed a partnership, Hank Snow Enterprises/Jamboree Attractions, in 1955 that staged traveling shows across the country – something Snow had been doing most of his career already. One of those headliners was Snow’s son, Jimmie, whose book, Another Elvis Story, recalls life on the road in Presley’s pink Cadillac before both young men’s lives took dramatic, divergent turns.

“The first time I saw Elvis Presley perform was Feb. 13, 1955, at the Fair Park Coliseum in Lubbock, Texas,” Snow said in an exclusive interview with CFR News and Country Reunion Magazine, who at the time was under contract with RCA as a recording artist. “Elvis had a serious magnetism about him, such as I had never seen in a performer, and I had been raised in the entertainment business.”

Though Presley was under other management, he and his accompanying musicians Scotty Moore and Bill Black soon joined Hank Snow Enterprises/Jamboree Attractions as a special attraction. Presley was 20 and Jimmie Snow was 19, so it was natural the two would become friends, especially since they, as younger performers, traveled together.

“Once we were in Florida in his pink Cadillac,” Snow said. “I was in the front seat, and suddenly Elvis swung off the road, ran into a store and came out with a bucket of paint. He then proceeded to paint his name on the doors on each side of his car.”

Snow, now 86, has a photo of Presley and himself sitting on the hood of the Cadillac, the passenger door open and the hand-lettered “Elvis” clearly visible. Presley’s presence brought another dimension of excitement to an all-star lineup that included some of the most popular acts of the 1950s, such as Faron Young, Bill Haley and his Comets, Mother Maybelle, the Carter Sisters, Slim Whitman, the Duke of Paducah and a comedian named Andy Griffith.

“You haven’t lived until you’ve been chased by a couple of hundred screaming women across the football field, holding your instruments in your hands!” Snow laughed. “Because of the excitement and frenzy of the crowd, if they couldn’t get Elvis, they would choose one of the other members of the cast, which meant any of the rest of us. I would jokingly say that I ran a little slower than the rest.”

Throughout the Another Elvis Story, Snow shares photographs from his and his father’s personal albums and collections as well as still shots pulled from the hundreds of hours of home movies shot by his family. He’s included advertisements and promotional materials from some of the early Presley tours and a complete copy of the original Parker/Snow business agreement. He also discusses in depth the infamous act of deception by Parker toward Presley’s parents and Parker’s betrayal of Hank Snow that so fatefully intertwined Presley’s life with Parker’s.

“It’s very interesting how Tom Parker was able to manipulate the contract signings, making him the exclusive manager of Elvis Presley, excluding my father from his 50 percent of Elvis Presley,” Snow said. “Can you imagine how much money that 50 percent would’ve generated for my father through the years of superstar Elvis Presley? I guess we’ll never know.”

Snow tells the story of his last visit with Presley at Graceland for 10 days in January 1958 and the conversation that changed their paths.

“I told him that when I get home, I’d be leaving my career and going into full time ministry,” Snow said. “Elvis looked at me questioningly for a number of seconds, and then finally he said, ‘Well, I think that’s wonderful Jimmie, and I wish you the very best.’ I could tell that he really meant that too. He took me to the airport, and we said goodbye. That was the last time I saw Elvis Presley.  I went in one direction and he another.”

Snow describes his transition in walking away from recording, television appearances and public performances to preaching the gospel.

“My conflict was why couldn’t I stay in show business where I had influence and share Jesus with people?” he explained. “I reasoned that I would surely have more influence than if I gave up my career? I would also be making a lot of money that would give me some kind of stability in my life, and I could use it to help the Christian cause.”

Snow did, of course, leave secular music for ministry. For nearly a quarter of a century he was the host of Grand Ole Gospel Time at the Grand Ole Opry, and for more than 30 years he pastored Nashville’s Evangel Temple, providing a familiar place of worship for many country stars.

This first-hand account of a crucial and transitional period in the lives of two singers and in the history of American music is anything but Another Elvis Story.

Photos provided by Jimmie Rodgers Snow for exclusive use of Country Reunion Magazine. 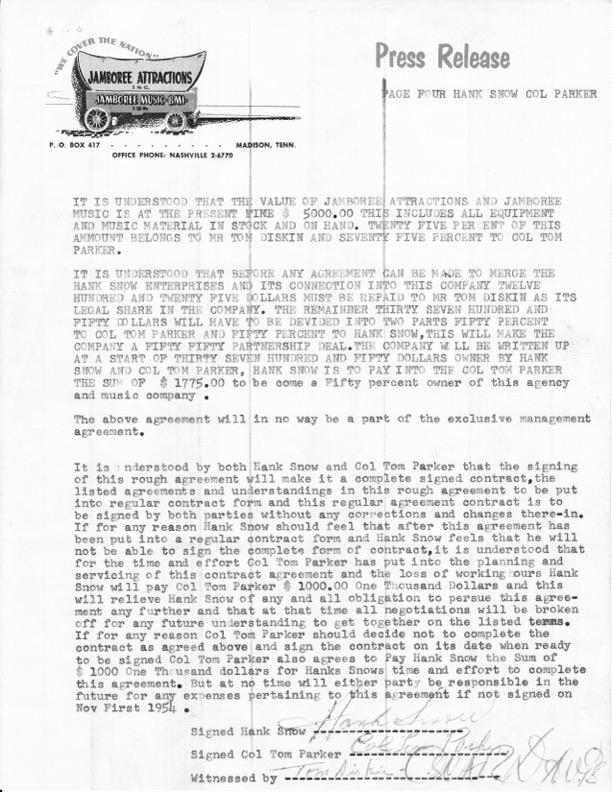