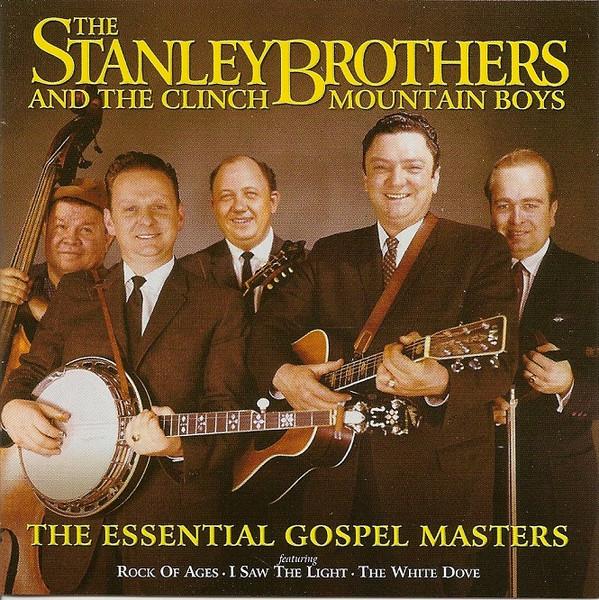 Influenced by the Grand Ole Opry, J.E. Mainer’s Mountaineers, Bill Monroe and the Blue Grass Boys and the Carter Family, Ralph and Carter Stanley had performed at informal gatherings as well as on established radio shows before serving in World War II. Yet, it was not until 1946 that they formed The Stanley Brothers and The Clinch Mountain Boys, the group that made them legendary.

“From the beginning they combined the graceful vocal harmonies of a ‘brother’ act with hard-driving instrumentation to produce a music with power and depth,” observed Joe Wilson in a 1972 article for Muleskinner News. “I thought then that it was the best music I’d heard, and time has had very little effect on that opinion.”

Ralph originally played the banjo with two fingers for concerts and recordings, but in 1948 he adopted Earl Scruggs’ method of playing the banjo with three fingers. Carter, who played guitar and sang lead, is remembered as one of Country Music’s finest singers.

Their biography on bluegrassmuseum.org notes that the brothers developed an innovative style of trio singing along with their bandmate Pee Wee Lambert. Carter sang the verses solo; on choruses Ralph harmonized on a higher tenor line while Lambert sang an even higher baritone part.

“Carter Stanley had an unusual voice, a rare, rich, mellow and pure sound that seemed to flow effortlessly from him,” said daughter Jeanie Stanley in liner the note to her 2005 album “Baby Girl: A Tribute To My Father Carter Stanley. “His voice could be so tender at times yet so powerful as well. His voice seemed to pull on emotions he held deep inside. He had the unique ability to paint a picture with words when he sang.

“I wrote 20 or so banjo tunes, but Carter was a better writer than me,” Ralph acknowledged in an interview with Don Harrison for Virginia Living in 2008.

In the later 1940s their records were very successful, at times even outselling beloved Eddy Arnold. When the brothers fell upon hard times in the early 1950s both worked for Ford Motor Company in Detroit. Even though Bill Monroe had previously thought the two copied his style of music, Monroe became friends with the Stanleys and even performed with Carter while Ralph was recovering from a serious car accident in 1951. The Stanley Brothers and The Clinch Mountain Boys took the Instrumental Group of the Year award at the Nashville Disc Jockey’s Convention in 1955 and became the first bluegrass band to play the prestigious Newport Folk Festival in 1959. The Stanleys moved to Live Oak, Florida, to lead the Suwannee River Jamboree radio show on WNER from 1958-1962, remaining together until December 1966 when Carter died at 41 of cirrhosis.

As bluegrassmuseum.org pointed out, Carter co-led the Clinch Mountain Boys to achieve commercial success playing the new (and as yet unnamed) style of bluegrass and was a major contributor to the “mountain” and “lonesome” sounds of bluegrass, penning some of the “most affecting lyrics in bluegrass history.”

Since 1967 Ralph and his band never stopped recording or headlining bluegrass festivals. In 1971 they became the first bluegrass act to record a cappella gospel hymns. He was awarded an honorary doctorate in Music from Lincoln Memorial University in Harrogate, Tennessee in 1976. Ralph received the National Heritage Fellowship from the National Endowment for the Arts in 1984. Both he and Carter were inducted into the International Bluegrass Music Hall of Fame in 1992.

Ralph was presented the “Living Legend” award by the Library of Congress in 2000, the same year that he became the first member of the Grand Ole Opry in the new millennium. The 2000 movie “O Brother Where Art Thou” brought Ralph’s music to the largest audiences of his career and led to a Grammy award for “Oh Death.” In 2002 Ralph and Ralph II earned a Grammy for their collaboration with Jim Lauderdale on “Lost in the Lonesome Pines.”

In 2006, Ralph was awarded the National Medal of Arts and was elected as a fellow of the American Academy of Arts and Sciences in 2014.

On June 23, 2016, after nearly half a century of separation, Ralph, at 89, was reunited with Carter when he died peacefully in his sleep following a battle with skin cancer.

“I love you, papaw, with all of my heart,” his grandson, mandolinist Nathan Stanley, wrote in confirming his passing. “As long as I live and breathe, your legacy will never die. You will forever be in my heart.”

Former band member and bluegrass legend in the making Ricky Skaggs released a statement calling his mentor a “hero” and noting that Ralph’s death marks “the end of an era.”