No Farewell as Gene Watson Inducted into the Grand Ole Opry 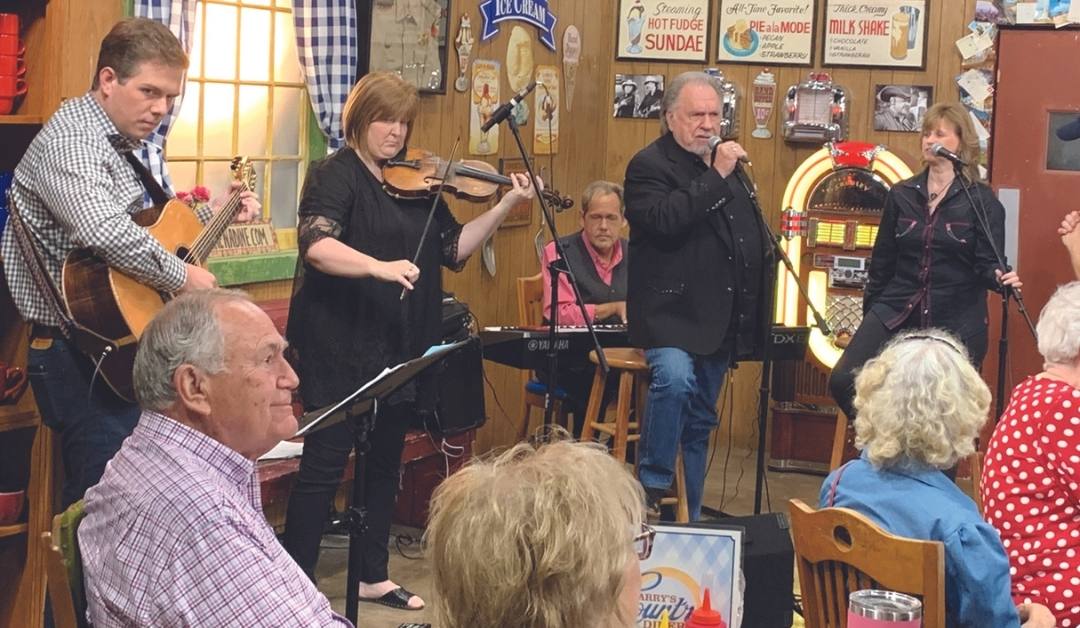 Country singer and songwriter, Gene Watson is not even close to saying farewell to the party that has been his life. On Jan. 17, 2020, 55 years after his first Grand Ole Opry performance, Watson was surprised onstage with an invitation by Vince Gill to join the Grand Ole Opry as an inductee.

“He’s one of the greatest country singers that’s walked the earth,” Gill said, introducing Watson on stage to perform.

After Watson performed “Sometimes I Get Lucky and Forget” and “Nothing Sure Looked Good On You” Gill asked, “Would you mind singing ‘Farewell Party’? The Opry told me if you would, you could be the next member of the Grand Ole Opry.”

Of course he performed his signature song, bringing the sold-out audience to its feet.

In a 2014 interview with Country Family Reunion’s  Country Road News Watson discussed his lengthy relationship with the music and his fans.

“I’ve been doing this a long time,” said Watson, who was playing honky tonks and nightclubs by age 19 and admits that he has more road stories than he could ever recall. “Being on the road is my life.”

A Texas native, Watson came from a musical family and cannot recall a time when he was not singing at church with his sister or performing at local functions with his brother. However, he clearly remembers how easily innocent young musicians could be duped.

“When I was 15 and my brother was about 12, there was a guy who came to town in Paris, Texas who was supposed to be a big producer and talent scout,” Watson said. “He thought that Jessie and I had a lot of potential, so he put a show together at the coliseum. That was the big debut for The Watson Brothers. By the time the show was over with, he left town with the proceeds.”

Watson is known today for a string of hits that includes “Fourteen Carat Mind,” “Love in the Hot Afternoon,” “Farewell Party,” “Memories to Burn,” “Got No Reason Now for Going Home,” “Speak Softly,” “Paper Rosie” and “Sometimes I Get Lucky and Forget.” Long before the hits started coming,

Gene settled in Houston, Texas, where he developed a strong local following and staged his disc debut. In 1964, the Grand Ole Opry duo, The Wilburn Brothers, took Gene on the road briefly. Then it was back to the Texas honky-tonks and a string of local singles throughout the ‘60s.

“My cousin, Bill Watson, is a songwriter, so we decided to go to Nashville and check out what it takes to get a song recorded,” he recalled. “That would have been in 1966 or ‘67. We thought with some of his songs and my singing, we might get someone to listen. Of course, it was to no avail.”

Watson continued to work toward attracting the attention of radio disc jockeys and major record labels.

“We needed a record to get out there, so I did my first recording on an independent label called Sun Valley Records that started up just for this recording session,” Watson said, referring to “If It Was That Easy,” a song he wrote, admitting, “It wasn’t very good, I thought that was something because I had my own record.”

Finally, in 1974 while Watson was working as an auto body repairman, his recording of “Love in the Hot Afternoon” was noticed by Capitol Records, which picked it up for national distribution. It soon became the first of two dozen top-10 hits.

“I can safely say my entire career has been a learning experience,” he laughed, as he recalled his naivety when he first became involved with music as an industry.

Like all other major-label artist, Watson was required to pay for his own recording sessions, yet the record label owned the recordings, meaning Watson’s classics are owned by four different corporations. In recent years, Watson has completed a meticulous re-recording of 25 of his greatest hits for his own label, Fourteen Carat Music, giving him a kind of proprietorship over them he never had with the previous recording labels.

“I wanted these to sound as close to the originals as possible,” Watson said of tracks on “The Best of the Best. “I had to work so hard to capture them the same way I did them originally. I just thank the good Lord above that He’s let me keep my voice intact.”

Watson admits he has a lot to be thankful for in addition to his clear and enduring voice. He quit drinking alcohol in 1980, and 10 years later gave up cigarettes. He’s a colon cancer survivor since 2001 and was a 2002 inductee into the Texas Music Hall of Fame.

“I owe a debt of gratitude to Larry’s Country Diner and Country Family Reunion,” Watson said, adding that these programs are providing a venue for classic country music singers to connect with their fans and with one another. “So many of us never got to meet each other until we came on these shows because we were so busy. Being able to get together and talk is one of the reasons this is so much fun.”

Watson’s respect for country music is reflected in an ambitious 2014 project by his own Fourteen Carat Music label, “My Heroes Have Always Been Country,” that pays homage to his musical influence in which he covers enduring songs by Buck Owens, Willie Nelson, George Jones, Johnny Cash and many others.

On his 2016 album called “Real.Country.Music” he recorded some of his songs that are no longer available elsewhere as well as lesser-known tunes by some of country’s classic songwriters like Kris Kristofferson, Larry Gatlin, Bill Anderson, Keith Whitley, Dean Dillon, Hank Cochran and Dave Kirby, pointing out that he has a hard time wrapping his mind around a song that’s “simply about riding a tractor or just drinking beer with friends.”

Watson said that no matter what songs he performs at his shows, his audience expects him to sing his own classic, “Farewell Party.” Though the song is about unrequited romantic love, one line pinpoints how Watson feels about the dedicated fans who have enabled him to spend his life doing what he loves.

“At the end of my farewell party…I’ll go away loving you.”