Rhonda Vincent, a Star in Every Genre 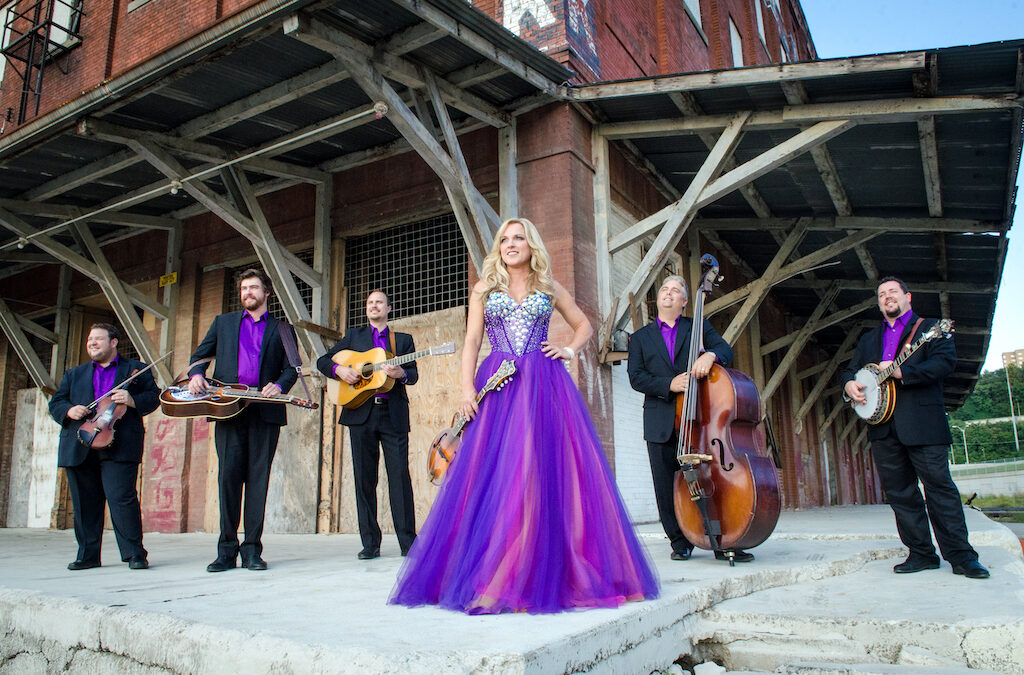 When a person has a distinguished title bestowed upon them, sometimes it can be easy to constrain that individual to a certain set of parameters. Rarely is that a fair assessment.

Jimmie Rodgers is known as “The Father of Country Music,” but he was a major influence on multiple genres, like blues, jazz, rock, folk, Hawaiian, and bluegrass, in addition to country. Although Bill Monroe carried the mantle of “The Father of Bluegrass”, his innovation and creativity never ceased, impacting artists from a wide range of backgrounds, resulting in his induction into the Bluegrass, Country, and Rock & Roll Halls of Fame. A young Monroe fanatic from Mississippi, Elvis Presley’s role as the “King of Rock & Roll” hardly allowed him to rest upon his laurels. He didn’t simply recreate his rock-a-billy sound after his career took off, but continued to grow and flourish, expanding his musical palette, and touching all of American music.

In 2000, Rhonda Vincent was named the “New Queen of Bluegrass” by the Wall Street Journal. Since earning the moniker, she has done nothing but live up to the title. She also has not let it solely define her. Has she been one of the most dominant forces in the genre for decades? Overwhelmingly, yes! Does she show any signs of slowing down? Absolutely not. With the laundry list of accolades behind her name (and more awards than she has room to store them), one of her biggest dreams came true on Feb. 6, 2021, when she was inducted as a member of the Grand Ole Opry — country music’s oldest fraternity. Rhonda became only the second female bluegrass artist to be inducted as a member of the “Show That Made Country Music Famous.”

However, Rhonda is most certainly not simply a bluegrass star. She is a music star. Period. No qualifiers needed. While she has always been proud of her bluegrass roots, and has always been one of the first to wave the “bluegrass banner” in the public square, she is an artist that cannot be limited. Over the past handful of years alone, she has released a Grammy award- winning live album with her band, Rhonda Vincent & The Rage; released another live project from the Ryman Auditorium featuring The Osborne Brothers, Jesse McReynolds and Mac Wiseman; collaborated with Daryle Singletary on a fine classic country album that would prove to be Daryle’s final release; appeared on a movie soundtrack and an Elton John tribute album, partnering with Dolly Parton on both occasions; and of course the aforementioned Opry induction. Rhonda’s kingdom doesn’t just include bluegrass music but stretches into country, gospel, roots music, and more.

This vast array of musical stylings comes together on Music Is What I See. The album serves as a vibrant tapestry of Rhonda’s power and talent. While the Queen of Bluegrass reigns supreme, Rhonda stretches herself with this rich collection. Power ballads, gospel favorites, hard-driving bluegrass, and country classics all make up a beautiful mosaic of what Rhonda Vincent & The Rage can do. New songs from folks like Jerry Salley (“It’s Me Again”), Tim Raybon (“I’m Still Not Over You”) and Rhonda’s Opry sister, Jeannie Seely (“Like I Could”) fit seamlessly alongside gems from sources as varied as Webb Pierce, Larry Sparks, Porter Wagoner and The Primitive Quartet. Her musical sensibilities allow her and her award-winning band to tackle each piece of material (regardless of its origin) and make it a song tailor-made for Rhonda Vincent & The Rage. There’s a reason that Sonny Osborne, when asked if he could play with any of today’s touring bands (were he still playing), chose Rhonda Vincent & The Rage.

“She’s got it going as much or more than anyone else right now,” he said in Bluegrass Today. “I would like to play with that quality of people and music.”

While the hit song “I Ain’t Been Nowhere” perfectly described quarantine life for us all, it is the album in its entirety that represents a perfect snapshot of Rhonda Vincent at the top of her game, on the heels of achieving her lifelong dream of Opry membership. While she is the Queen of Bluegrass (we know that for sure), one needs only be a music fan to appreciate her powerful voice on “Unchained Melody”, the fiery energy of “I’d Like To Be A Train” and the sincere spirit in “There’s A Record Book” (a collaboration with her dear friends, The Isaacs).

Music may be all that Rhonda sees, but with this new album, it should be all that we see when we look upon Rhonda Vincent — no qualifiers necessary. “Daniel Mullins, Real Roots Radio and Walls of Time: Bluegrass Podcast”