Some Gave All, a Powerful Tribute to Military 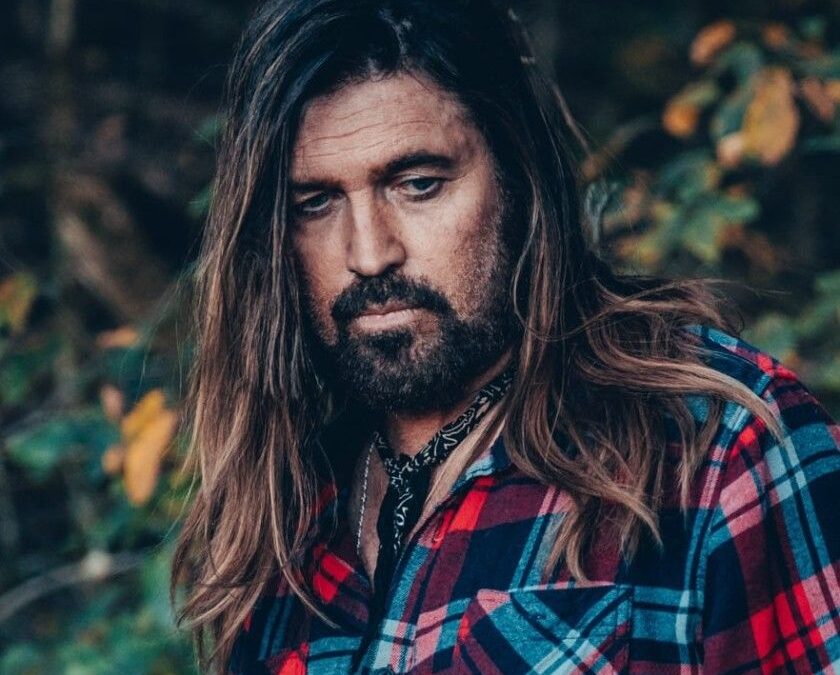 Though “Some Gave All” was released around three decades ago, the powerful words continue to honor those who have defended the country in times of war and protected it in peacetime.

After meeting a Vietnam Veteran in Huntington, West Virginia, Billy Ray Cyrus, along with his first wife, Cindy Smith Cyrus, wrote the song in 1989.

”I knew a man, called him Sandy Cane,” the lyrics state. “Few folks even knew his name, but a hero, yes, he was. He left a boy, came back a man. Still many just don’t understand about the reasons we are free.”

The song was included on Cyrus’ first album, “Some Gave All,” which became 1992’s best-selling album with more than 20 million copies sold worldwide. With 17 weeks at No. 1 and a total of 43 weeks in the Top 10, it spawned hit singles like the triple platinum novelty song “Achy Breaky Heart” and love songs “Could’ve Been Me,” “Wher’m I Gonna Live?” and “She’s Not Cryin’ Anymore.” Cyrus received a 1992 Grammy nomination for Best New Artist, while his “Achy Breaky Heart” video sparked a renewed interest in country line dancing.

Millions of fans from Europe to Australia to North America heard the title track, “Some Gave All,” on the radio or on the album, but it was never released as a single. Cyrus did, however, produce a video of the song that is both touching and timeless.

“Over the years and countless performances for world-wide audiences, I realized that ‘Some Gave All’ is more than just a song, it’s a way of life,” he states on his website., adding that after entertaining soldiers in Afghanistan and Iraq he decided to re-record the song along with country artists Jamey Johnson, Craig Morgan and Darryl Worley in honor of the troops.

“I wanted [the troops] to know that we back home appreciate and honor their support and dedication to our country,” Cyrus said. “Together, we wanted to let our veterans know that we appreciate their sacrifice, that they are the true definition of “Some Gave All. Remember, thank a veteran.”

In the song, Cyrus notes that “Sandy Cane is no longer here, but his words are, oh, so clear as they echo throughout our land for all his friends who gave us all – who stood their ground and took the fall to help their fellow man. Love your country and live with pride, and don’t forget those who died.”

When Cyrus was invited in 2017 to perform “Some Gave All” in Washington, D.C., during the Rolling Thunder Ride for Freedom that ends at the Vietnam Veterans Memorial, he acknowledged that meeting the veteran Sandy Cane and writing the song “Some Gave All”  changed his life.

“I was about to maybe give up on my dream at that point,” Cyrus said in an interview with The Boot. “I had well in over a decade of knocking on doors … most of those doors were closed and the ones that opened didn’t go very far.”

Then, after hearing “Some Gave All,” executives at Mercury Records gave Cyrus a recording deal, perhaps because of the song’s moving refrain inspired by words tearfully spoken by Sandy Cane.
“All gave some; some gave all. Some stood through for the red, white and blue, and some had to fall. And if you ever think of me, think of all your liberties and recall, some gave all.”

Cyrus has not forgotten. Throughout his career he’s been committed to entertaining active duty troops, raising money for veterans’ causes and using his fame to call attention to initiatives to help veterans.

On his social media and during his performances, Cyrus often expresses his commitment to and concern for service men and women. For example, he dedicated a performance of “Some Gave All” at the Grand Ole Opry to Weston C. Lee, who was killed while fighting ISIS in Iraq on April 29, 2017. He uses the hashtag #IHelpVeterans on his social media posts, which directs people to the Disabled American Veterans website. Cyrus’ album of patriotic songs called “I’m American” was dedicated to military families.

“It’s a tribute to veterans and the men and women who are sacrificing so much for our freedom,” he said in 2011 when it was released.
Also in 2011, he hosted a television show on TLC  called “Surprise Homecoming” that reunited families with troops who had been serving overseas. The emotion-filled episodes are still available for viewing on TLC’s website.

Cyrus struck a deal with the Buffets, Inc. restaurant chain to sell his 2013 CD “Change My Mind” at a discount price of $8.99, with the proceeds going to Armed Services YMCA for Operation Outdoors, a project that provides assistance to the children of soldiers stationed overseas.

“Some Gave All,” can be heard in the 2018 Christian film “God Bless The Broken Road,” which tells the story of a young soldier who was killed in Afghanistan and the people who he left behind.

“Service, sacrifice, a young widow that’s lost her husband. As you know, military, the whole family makes that sacrifice,” he said. “[The movie is] kind of the very definition of ‘Some Gave All.’’ When I saw the film, and they asked if they could use ‘Some Gave All,’ I said, ‘It’d be an honor’.”

The simple truth expressed in “Some Gave All” has made it an enduring patriotic classic that continues to encourage support for veterans.