Thank God for Kids a Hit for Eddy Raven 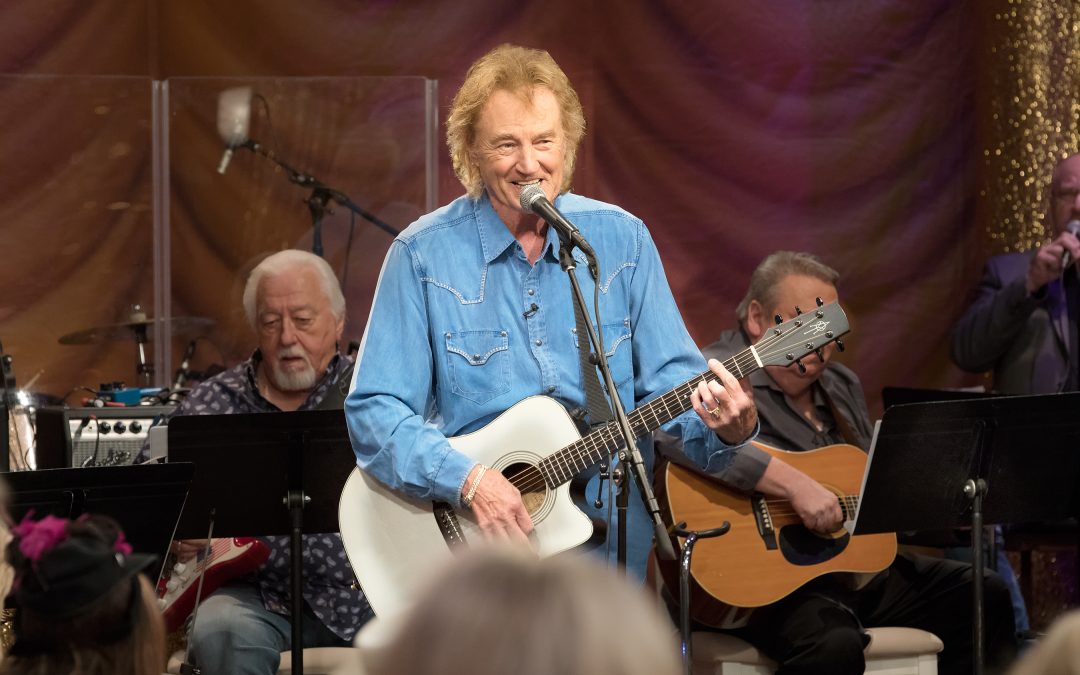 Eddy Raven penned his hit song, “Thank God for Kids” as a reminder that childhood is fleeting and it’s important to savor the magic of childhood. The song became  a hit when the Oak Ridge Boys recorded it in 1982.

Back in 1976 when the world was a very different place, singer-songwriter Eddy Raven wrote a song with a sentiment that holds true across time – “Thank God for Kids.”

The song, which he was inspired to write because his son wanted him to help him compose something with his favorite characters in it, enumerates reasons to be thankful for children.

“If it weren’t for kids, have you ever thought, there wouldn’t be no Santa Claus or ‘Look what the stork just brought?’” Raven’s lyrics ask. “And we’d all live in a quiet house without Big Bird or Mickey Mouse and Kool-Aid on the couch.”

The song states that because of kids, there’s “magic for a while, a special kind of sunshine in a smile.”

“Do you ever stop to think or wonder why?” the lyrics question, answering, “The nearest thing to heaven is a child.”

Raven captures in the song a phase that every child experiences – one that is an aggravation when it is happening but is greatly missed when
the child outgrows thinking a parent has all the answers –“”Daddy, how does this thing fly?’ and a hundred other where’s and whys you really
don’t know but you try.”

Raven released the song as the B-side to his 1976 single “The Curse of a Woman,” but it did not get much airplay.

Although the lyrics of “Thank God for Kids” resonated with all loving parents, it was not until the Oak Ridge Boys recorded it in 1982 that it received the widespread attention the subject matter warranted.

Included as a track on their 1982 album called  “Christmas with the Oak Ridge Boys,” it was the record’s only single release.

The Oak Ridge Boys’ single spent 16 weeks on the Hot Country Songs charts and peaked at No. 3. In Canada it peaked on the Country charts
at No. 24.

Raven’s final verse suggests that “When you get down on your knees tonight to thank the Lord for His guiding light and pray they turn out
right, thank God for kids.”

Kenny Chesney covered the song for his Christmas album “All I Want for Christmas Is a Real Good Tan.” His version spent one week at No. 60 on
the Country singles charts in January 2004.

“Thank God for Kids” is not the only hit song written by Raven, who was born Edward Garvin Futch in Lafayette, Louisiana, in 1946. Among
his early successes as a songwriter were four Top 10 hits between 1971 and 1975: “Country Green” and “Touch the Morning” both by Don Gibson,
“Sometimes I Talk in My Sleep” by Randy Cornor and “I Don’t Wanna Talk It Over Anymore” by Connie Smith.

Two cuts from his album “Eyes” were later recorded by other artists. Merle Haggard covered “Dealin’ with the Devil” on his 1981 live album “Rainbow Stew Live at Anaheim Stadium,” Waylon Jennings covered “Sweet Mother Texas” on his 1986 album of the same name.

As a recording artist Raven charted 35 singles and achieved six No. 1 hits on the Billboard Hot Country Songs charts. These were “I Got Mexico,” “Shine, Shine, Shine,” “I’m Gonna Get You,” “Joe Knows How to Live,” “In a Letter to You” and “Bayou Boys.”

Raven who lives in Gallatin, Tennessee, east of Nashville, continues to perform. As for his own kids – sons Ryan and Coby – both are now in their 40s and live in the same region of Tennessee as their father.

Perhaps for Thanksgiving this year, no matter how it is celebrated, Raven’s advice to “Thank God for Kids” will be remembered. The lyrics remind parents that when they “look down in those trusting eyes that look to you, you realize, there’s a love that you can’t buy.”