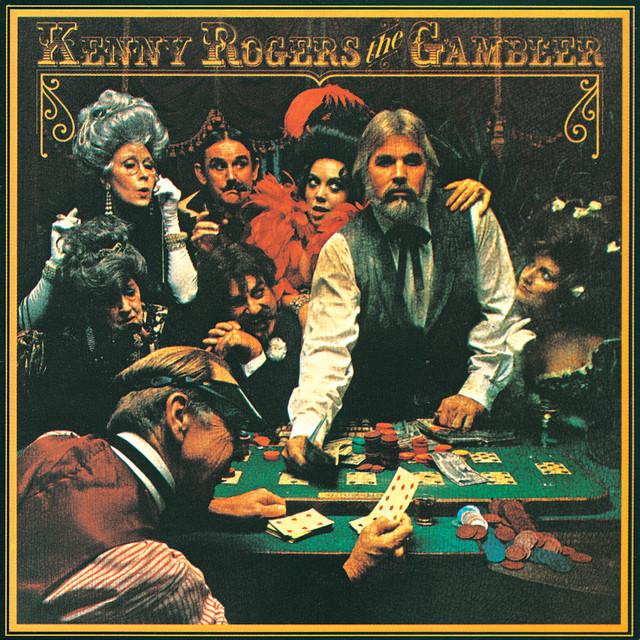 “The Gambler” has quite possibly the best example of literary conceit of any song. Ever. Not to be too academic, but literary conceit is defined as “an extended metaphor that compares two dissimilar things by juxtaposing, usurping and manipulating images and ideas in surprising ways and inviting the reader or listener into a more sophisticated understanding of an object of comparison.”

Isn’t that exactly what the enduring Kenny Rogers hit penned by prolific songwriter Don Schiltz has done for listeners over the past 40 years?

On the surface the song could be easily described as a ballad about two restless, bored men on a train who begin talking about gambling and end up sharing some whisky and cigarettes before they finally fall asleep.

If that were all the song was about, it would not have been a No. 1 Billboard Country song that also peaked at No. 3 on the Adult Contemporary charts, not to mention being a Top 10 hit in Canada and charting in Spain, Australia and New Zealand.

The song’s narrator trades a drink of whisky for the gambler’s advice, unsolicited though it may be. Having made his living from reading people’s faces, the gambler detected something in the younger man that led him to conclude that he was “out of aces.”

The appeal of the song is the double meaning behind the gambler’s words and that of the narrator. The song reinforces the parallel between gambling and a person’s life by using card game terminology.

This comparison is an old one and did not originate with this song. People have long used expressions like “playing with the hand you’re dealt” or “an ace in the hole” or “poker face.”

However, instead of drawing on familiar comparisons, Schlitz’s lyrics condense a lifetime of the old gambler’s wisdom into a few simple phrases even the most novice card player can understand and from which listeners of the song can readily derive advice.

For instance, the gambler says “the secret to survivin’ is knowin’ what to throw away and knowing what to keep.” He points out that every hand has the potential for victory or defeat, and it’s in knowing how to play the game correctly that influences the outcome.

Schlitz’s imagery is as powerful as his metaphors. The listener is present on that train. Though it is not described in the song, one can almost hear the wheels on the rails, the chug of the engine and the long swig from the bottom of the whisky bottle. There’s a little red ember at the end of that “last cigarette” that can be seen in the dim light of the passenger car.

“You never count your money when you’re sittin’ at the table,” the gambler advises to point out that it is not wise to let others glimpse emotions like fear or eagerness that could be construed as vulnerabilities while the game is still underway because, “There’ll be time enough for countin’ when the dealin’s done.”

The narrator recognized that with the gambler’s peaceful death, he “broke even,” since there was no longer anything to win or lose. He also realized that the gambler’s advice provided him with “an ace” that he could keep.

The tune had previously been recorded by Bobby Bare, Johnny Cash and others before it became a best-selling record for Rogers, which in recent years has also sold nearly a million digital downloads. “The Gambler” became Kenny Rogers’ signature song, winning him a Grammy for best male country vocal performance in 1980.

Rogers’ hometown of Houston, Texas, honored him by naming their U.S. Football League team the Houston Gamblers. The song has been used in video games, cartoons, short films and advertisements. Appropriately, a video slot machine based on “The Gambler” can be found in most Las Vegas casinos.

Rogers performed the song with the Muppets and on a Geico commercial, but it was his series of five made-for TV movies screened over a 15-year period in which he starred as “The Gambler” that thrust the song into yet another popular medium.

Earlier this year, “The Gambler” was selected for preservation in the National Recording Registry by the Library of Congress for being “culturally, historically or artistically significant.”

Forty years since its release, it remains relevant, both in terms of listening pleasure and solid advice for navigating though life’s risks.