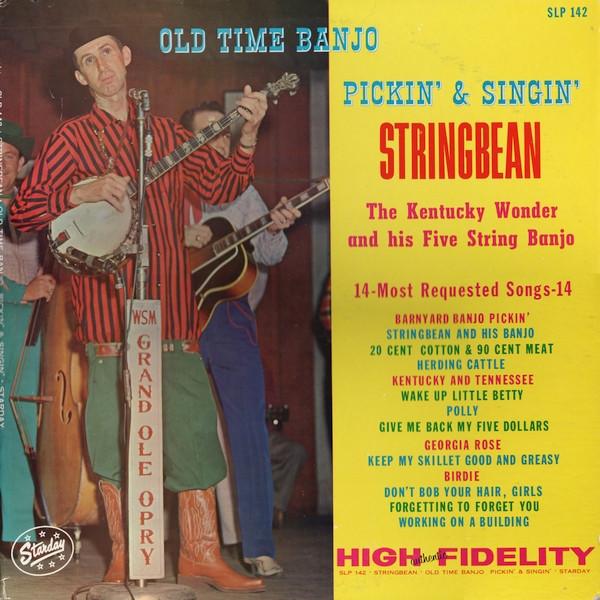 Amid the fringe and rhinestones, Stetsons and boots, bouffant hairstyles and calico, David Akeman’s stage style is unmatched in the annals of country music history.

A banjo player and comedy musician, Akeman was best known by his stage name, Stringbean, alluding to his thin 6’5” frame. Stringbean admitted that his stage costume was inspired by Renfro Valley Barn Dance fiddle player Homer “Slim” Miller, who wore a plaid or striped shirt with grossly oversized pants held up by suspenders. 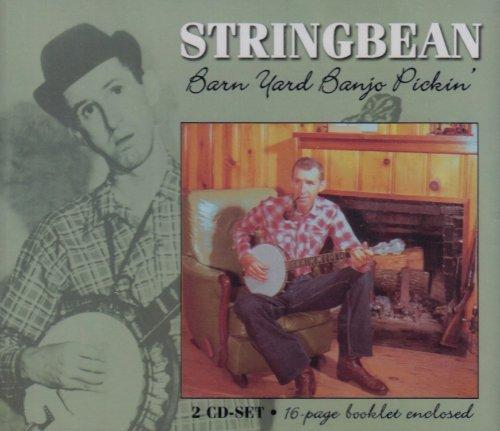 Stringbean’s interpretation of the look combined Miller’s choice of shirts but made with an exceptionally long waist and tail. These were tucked into a small pair of pants belted around his knees, making Stringbean appear to have very short legs. Tradition holds that fellow performer Little Jimmy Dickens loaned Akeman the first pair of Lilliputian-length pants to create the costume. Sometimes the pants were tucked into tall boots creating an even more distorted body shape.

Photos of Stringbean made prior to adoption of his signature costume show a tall, well-groomed but not especially handsome man in a variety of clothing styles. Born in 1916 in rural Kentucky, Akeman began playing music in childhood and performed as a musician at local dances while still a youth. To make a living during the Depression he built roads and planted trees with the Civilian Conservation Corps.

Winning a contest judged by musician Asa Martin gave Akeman a chance to work as a singer, comedian and musician when he was invited to join Martin’s band, also playing with other groups as the 1930s progressed. A photo of the Bar X Boys, a group comprised on Adair County, Ky., musicians, appeared in the local paper on Feb. 1, 1939, during the time the band had been playing on WLAP-AM radio in Lexington, Ky. His four band mates are wearing dark tailored slacks, crisp white shirts, narrow ties and tall-crowned hats. Akeman, who had already been dubbed Stringbean by Martin, wears a plaid shirt, overalls, a boxy casual jacket and a flat-crowned hat. Prominent in the old photo is Stringbean’s long, narrow, very pale bare foot.

In the 1940s, Akeman played semi professional baseball and was captured in a photo with other musicians who played for the Bluegrass All-Stars, including Bill Monroe. Stringbean became Monroe’s first five-string banjo player, playing in an old-time clawhammer style, as well as the two-finger method, working with Monroe from July 1942 to September 1945. In a promotional picture of Bill Monroe and his Bluegrass Boys, Akeman, like the rest of the band, wears a white shirt, wide necktie, black slacks and a cowboy hat.

After leaving Monroe’s band, Akeman married Estelle Stanfill. The smiling couple posed for a 1940s-era portrait with Akeman wearing a suit and tie and uncharacteristically exposing his thick crop of wavy brown hair. Estelle, too, wears a suit, tinted powder blue in the portrait, with an elegant silky blouse tied elaborately at the throat. A 1960 candid of the couple snapped at a WSM breakfast shows both of them wearing conservative tailored suits.

Akeman performed regularly on the Grand Ole Opry from the late 1940s until his death in 1972. He and his Opry co-star, neighbor and best friend Louis “Grandpa” Jones were founding cast members in 1969 of the long-running comedy variety show, Hee Haw, where Stringbean wore bibbed overalls instead of his Opry costume.

Overalls were also his attire of choice in his personal life. In fact, they were fitted with a special compartment that substituted for a bank account. Having lived through the bank failures of the Hoover years, Stringbean distrusted banks and did not hide that he often carried thousands of dollars in his clothes. Rumors also swirled that Stringbean had a fortune in cash stashed at his Ridgetop cabin.

When Stringbean and his wife returned from a performance at the Opry on the night of Nov. 10, 1973, they encountered cousins John and Marvin Brown, who had broken into the cabin and searched without success for hidden money. Akeman was shot dead as he entered his home, while Estelle was killed outside. Both men went to prison for the murders.

Twenty-three years later in 1996, $20,000 was discovered within the cabin’s brick chimney. Time and rodents had turned the cash to confetti.